Family caregivers play a key role in supporting patients with a wide variety of disorders, but they are especially important in taking care of patients with Alzheimer’s disease and other dementias. It is estimated that at least 9.7 million and as many as 15 million of the 44 million US caregivers are caring for someone with dementia.

In dementia, the family caregiver often takes on many functions: the companion, the informal provider of medical care and nursing tasks, the advocate at doctors’ appointments, and, in later stages, the major decision maker. The caregiver brings to the table an otherwise unattainable perspective and must understand both the needs of the patient and the treatment options offered. Caregivers should be treated as critical members of patients’ healthcare teams.

The Voices of Caregivers in Research

Whether taking care of a family member newly diagnosed with dementia or someone at the end of life, family caregivers have valuable insight to contribute to the design of research studies. They can provide critical input throughout the research process, such as informing research questions, influencing research design, and providing outcomes data.

The PCORI-funded National Alzheimer's & Dementia Patient & Caregiver-Powered Research Network, for example, has put caregivers, along with patients, at its center.

In dementia, the major task for research is to find the cause of Alzheimer’s disease—thus providing a path to treatments that modify symptoms, and, ultimately, to a cure. As new treatments become available, researchers should include the caregiver’s perspective in tests of those therapies because it is often the caregiver who administers the treatment and ensures compliance with medications.

When partnering with researchers, caregivers can shed light on issues that would improve their, and the care recipients’, quality of life, taking into account what may not be quantified in research. While researchers tend to focus on the patients’ cognitive processes, such as counting and puzzle solving, caregivers are more interested in improving the care recipients’ functioning, such as their ability communicate effectively or participate in family and social gatherings.

Any treatment that could slow cognitive and functional decline would be cheered by both dementia patients and their caregivers. It would increase the time a patient could spend in society, enable the patient to remain at home longer before needing institutional care, and decrease the caregiver’s responsibility.

Caregivers stand to benefit from research to develop better tests to detect Alzheimer’s disease after the first signs of dementia become apparent. Today, diagnosis is a drawn-out, complicated process; on average, two years pass between when family members first notice a change that concerns them and the diagnosis of Alzheimer’s disease. Earlier diagnosis could allow the caregiver and patient to learn about the progression of the disease and plan in unison. Diagnosis can also serve as an entry point for referral to community services.

Any treatment that could slow cognitive and functional decline would be cheered by both dementia patients and their caregivers.

In a major step forward, dementia-focused projects funded by PCORI have caregivers, and sometimes even dementia patients, on their advisory boards. Here are examples of PCORI-funded projects on Alzheimer’s disease:

As research surrounding Alzheimer’s disease and other dementias proceeds, the need to include caregivers’ voices cannot be overlooked. 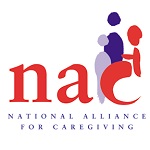 From my decades-long career in the caregiving field, including service on the PCORI Board of Governors and the advisory board of the National Alzheimer’s & Dementia Patient & Caregiver-Powered Research Network, I’ve realized firsthand the value of and need for caregivers’ voices in dementia research.

In response to this need, I am participating in a June 21 Capitol Hill briefing on Alzheimer’s disease research with a focus on caregivers. It will be presented by PCORI and UsAgainstAlzheimer’s. I hope you will join us and help continue this critical discussion.

The views expressed here are those of the author(s) and not necessarily those of PCORI.

It is a true fact that family caregivers will support the family in taking care of family members who are suffering from various kinds of diseases especially Alzheimer’s disease and other dementias. So we must respect them and their profession. https://www.suttoninhomeseniorcare.com