One of the goals PCORI set in its strategic plan is to influence research to become more patient-centered. Engaging patients and healthcare stakeholders in the research process is central to PCORI’s mission and vision and helps ensure a patient-centered research culture. 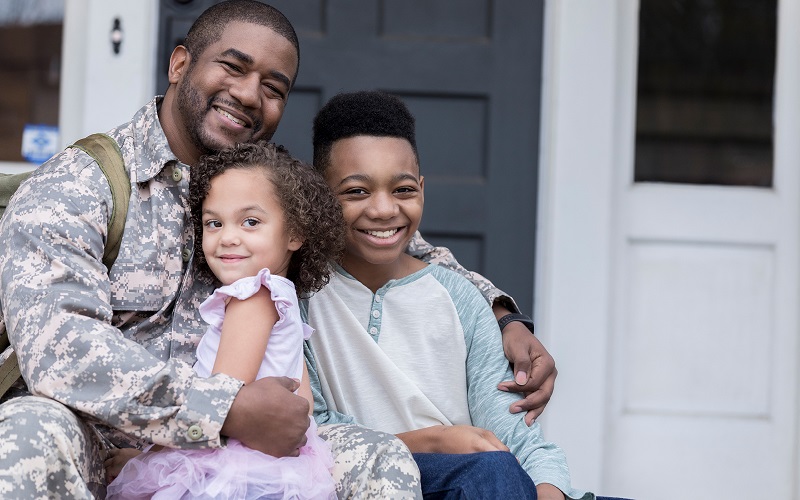 Veterans’ research is one arena that highlights the broad influence of PCORI’s work. PCORI has funded nearly 30 comparative clinical effectiveness research (CER) studies that involve or are recruiting veterans, are based at Veterans Affairs (VA) centers, or focus on conditions that are particularly relevant to veterans and those who care for them. PCORI has also funded several Engagement Award projects that seek to bring this often marginalized group into the research process. We have heard from a number of researchers that PCORI’s resources and staff have shaped their work involving this population.

Projects to Engage Veterans Include Range of Topics

The Veterans' Action League: Building Capacity to Engage Veterans in PCOR and CER Activities project, led by a team at Florida Atlantic University, set out to engage veterans and key stakeholders in discussions about patient-centered outcomes research (PCOR) and CER to increase understanding of what veterans need to make better-informed health and healthcare decisions and uncover the knowledge gaps and research priorities within this population. The team went on to launch a second project to develop a national veteran-centered chronic pain research agenda and was granted a COVID-19 enhancement award to increase veterans’ capacity for social engagement during a time of social distancing and isolation.

Another project, Rising Up: Engaging Women Veterans in Mental Health Research on Military Sexual Trauma, led by researchers at the University of Illinois at Urbana-Champaign, is engaging military sexual trauma survivors and practitioners and will ultimately develop a curriculum for these groups in PCOR/CER practices so they are equipped for collaboration.

Visit the Veterans Health topic page to learn more about what critical questions PCORI is answering for former service members, their families, and those who care for them.

Rachael R. Kenney, MA, PMP, a health science specialist at the Denver VA Medical Center, says PCORI’s engagement resources have been valuable in building and managing a national veteran engagement board, which she counts among the most rewarding aspects of her job. The board exemplifies patient engagement and supports peer recovery by providing timely feedback to researchers.

She discovered PCORI while managing an advisory committee for an organization awarded a grant from the Substance Abuse and Mental Health Services Administration. Kenney would later turn to PCORI’s website, trainings, and Engagement Tool and Resource Repository to help develop a plan for the Opioid Addiction and Recovery Veteran Engagement Board.

One of the first tools she tapped was a mini course on using PCORI Methodology Standards, designed to help researchers generate relevant and timely evidence for patient-centered outcomes research.

The training helped researchers “think about how to talk about different kinds of research with people who are not researchers,” Kenney said. This was critically important because several individuals on the board live with posttraumatic stress disorder or traumatic brain injury. “It could be a challenge for them to grasp some of the terminology from the researchers,” she said, so figuring out how to frame and discuss research with them in an accessible way was an important benefit of the training.

She also used PCORI resources to recruit, interview, and select members of the board and ensure its diversity.

In a PCORI-funded study, researchers at the Boston VA Research Institute are benefitting from PCORI’s tools and team in their work studying the impact of COVID-19 medication-assisted-treatment policy changes on patients with opioid-use disorder.

Co-principal investigators Nicholas Livingston, PhD, and Risa Weisberg, PhD, and research team member Justeen K. Hyde, PhD, each found PCORI via different routes prior to their current project, which is in its initial stages and held its first patient engagement team meeting in May 2021.

“Years ago, I was a data analyst for a PCORI-funded project helping people in rural Montana with disabilities and mobility impairments engage and participate more fully in daily life,” said Livingston. “It was a very niche area, and I was struck by how much PCORI was prioritizing what some would consider a very subsetted population in this very subsetted part of the world.”

Weisberg, a presenter at PCORI Annual Meetings, had directed other researchers and patient groups to PCORI, but never explored funding for herself until this project. Hyde, whom the team considers its expert in patient engagement, had used PCORI resources in prior work, especially the PCORI in the Literature tool, a collection of papers, articles, and commentaries that provides insights into PCORI-funded work.

“The literature review of patient-centered research is my first place to go when I want to know, ‘Who has done something smart in this space?’” Hyde said.

Weisberg has also found the PCORI Online portal to be a useful planning tool for their current study, allowing them to envision their next milestones and access materials through one gateway. They also credit PCORI staff as an invaluable resource that has proven just as beneficial to their progress.

“I have been amazed at how much PCORI is an active partner in the research project. The team that’s working with us really feels like they’re working with us,” Weisberg said.

This is the first project I’ve worked on where we have patients engaged in the research who are helping us figure out what our treatment method should be and some of the questions we should be asking. I can't imagine doing a study without engaging veterans or other patients again.

The Boston team believes PCORI’s support of patient engagement has been critical to the success they have seen thus far.

“What we’ve gotten support from PCORI to do is patient-centered in a way that’s typically not considered patient-centered, because it truly is micro through macro,” Livingston said, “from the patient engagement panel that speaks about lived experience, to the qualitative interviews that span patients across healthcare systems and insurance providers, to provider and policy maker perspectives.”

The study team has received positive feedback from its patient partners who appreciate sharing their experiences and helping shape the research team’s thinking. The project is just starting, Hyde said, but she believes the open dialogue with their patient group will continue.

Weisberg says the way patients are involved in this study is vastly different from past projects.

“We would reach out to patients for their feedback about designing treatments, what they felt they needed and what was missing in the current treatment,” she said about previous studies. “But patients were always research participants or research subjects. This is the first project I’ve worked on where we have patients engaged in the research who are helping us figure out what our treatment method should be and some of the questions we should be asking. I can’t imagine doing a study without engaging veterans or other patients again.”