How I Cured My Rare Disease

Editor’s Note: The views expressed in this piece are those of the author and do not necessarily reflect the views of PCORI.

There are an estimated 25 to 30 million rare disease sufferers in the United States. My name is Doug Lindsay, and I am one of them. This is my story. 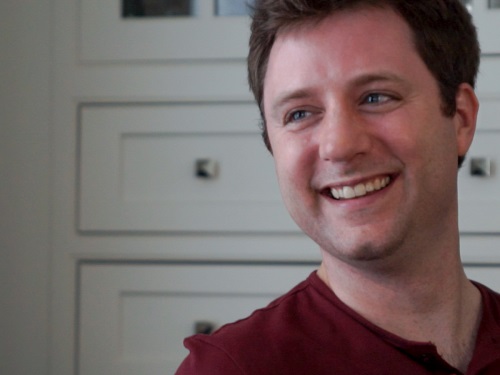 At 21 I came down with what the doctors told me was mono. Yet after months of rest, I got worse, not better. From May to September in 1999, I went from being a normal college student with an academic scholarship to being homebound, bed-bound, and unable to walk more than 50 feet. Seemingly for no reason, my heart would race for hours. Something as simple as a peanut butter and jelly sandwich and a glass of milk could leave me in bed with a pulse of 140 and the room spinning. I spent my evenings laying on the floor in pain, feeling like someone ran a cheese grater over my muscles.

My daily life became terrifying, and the doctors couldn’t tell me what was wrong or what would help. I could see my future in front of me. I didn’t need to conjure up nightmares; I just had to look at my family. My mother and aunt had been sick for nearly my whole life with the same thing. And in all their decades of searching, doctors hadn’t even been able to tell them what kind of disease they had—let alone how to fix it.

When you’re diagnosed with a disease, doctors tell you about your prognosis—what the odds are for you based on what happens to others with your disease. Since we had no diagnosis, I could only find two people who had what I had. My mom was too weak to open the front door at 40, too sick to push the buttons on a TV remote at 48. My aunt was too weak to tie her own shoes in her 30s. They spent their days suffering from painful, cramping muscles. I’d gotten sick earlier than either of them. My future looked even bleaker than their pasts.

Taking Charge of My Disease

But I decided to do something different. Before illness forced me to drop out of college, I’d been a science major. And I was born a genius, I think it’s now fair to say. So, I decided I would take the lead in researching my own condition. I’d partner with the doctors, but when we got stuck, I’d take the lead. My calculus was this: With something rare that didn’t yet even have a name, surely a year of my time, effort, and research into my condition was equal to the 15 minutes I had with even the smartest of doctors. Maybe, together, we could use my dedication and their experience to get further than the doctors had gotten on their own. 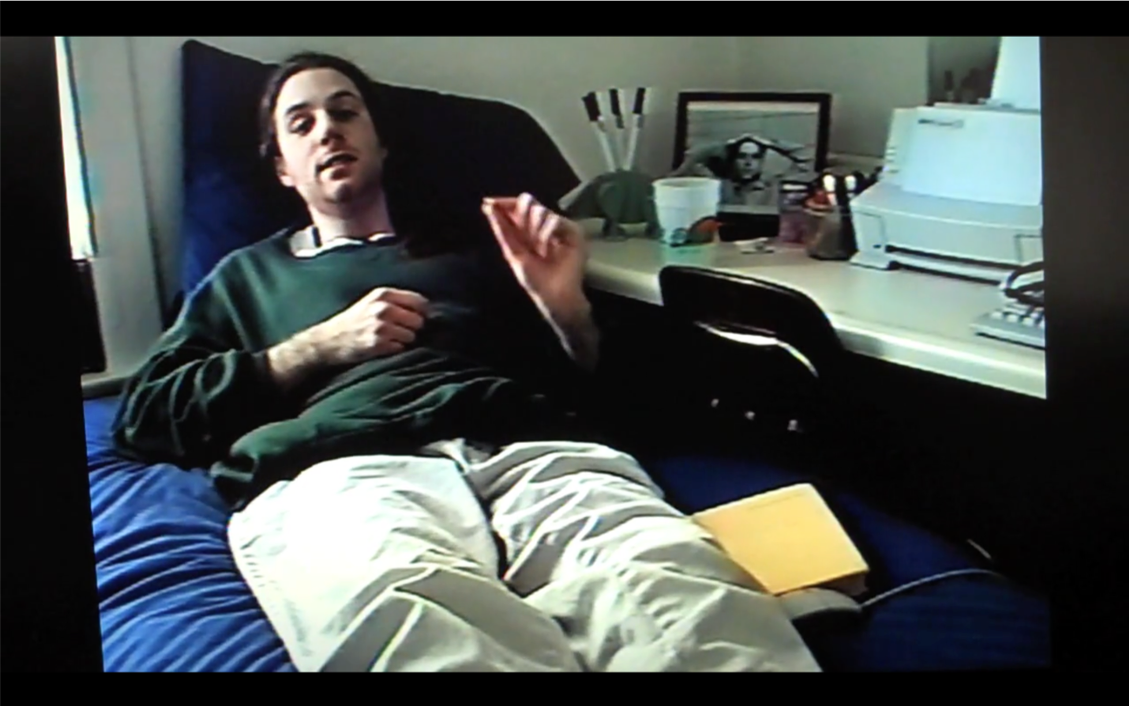 In the span of a few months, Lindsay went from a college senior to being mostly bed-bound.
(Photo courtesy of Doug Lindsay)

Eighteen months after I got access to the Internet, I was presenting a paper on a proposed treatment for my condition at an international medical conference. I spoke as a college dropout sitting in a reclining wheelchair. I contended I had a dysautonomia, a disorder of the autonomic nervous system. The autonomic nervous system coordinates heart rate, blood pressure, metabolism, digestion, and many other “automatic” functions of the body.

Eighteen months after that, by 2004, I found a dysautonomia researcher willing to mentor and collaborate with me. University of Alabama Birmingham’s H. Cecil Coghlan, MD, and I tried my proposed treatment and dug into my condition with tests that dysautonomia patients still struggle to access in 2020.

The treatment I developed helped stabilize my health, but I remained quite sick.

We believed I had a problem with the middle of my adrenal glands. The adrenals glands are in your abdomen. They sit on top of your kidneys like a hat. The inside, called the medulla, makes adrenaline; the outside, called the cortex, makes steroid hormones that you need to live.

Dr. Coghlan and I believed my adrenal medullae were dumping too much adrenaline into my blood and that I was hypersensitive to the oversupply. The solution would be to remove that tissue, but there was no surgery to remove just the middle of the adrenal. And if we pulled the whole gland—middle and outside—I’d get a new disease.

I decided I would take the lead in researching my own condition. I’d partner with the doctors, but when we got stuck, I’d take the lead.

Since doctors take an oath to do no harm, it was hard for them to choose to give me a new disease in the hopes it would be better than the disease I already had. So, when I found that no good surgery existed, I decided I’d invent one.

From my hospital bed in my living room, I spent two-and-a-half years working with surgeons, clinicians, basic science researchers, large animal veterinary surgeons, and bioethicists to find a way to do the surgery. If it was possible and it helped me, we hoped it might make me well. Working with medical historians, I pieced together the case that a surgery first done on dogs in 1923 could be translated into humans and used to treat me. From there, it took another 18 months to build a surgical team to do the surgery.

The Culmination of More Than a Decade’s Work

Eleven years into my illness, I earned the right to bet my life on the operating table to get the surgery that I’d rescued from the forgotten depths of medical history. My recovery from the first surgery was rapid: In 130 days I went from being able to walk only 50 feet to being able to walk over four miles. But then my health plateaued. I could rally to walk a long way, but I remained exhausted and felt sick much of each day.

Despite my first surgery’s success, it took a lot of convincing to build a team to do surgery on my remaining left adrenal gland. In medicine, “new” is always hard and rarely fast. But I did get the second surgery, and it was a success.

My recovery from the second surgery took nearly a year and a half. To realize the benefits of that second surgery, we had to repurpose several old meds and get the doses dialed in. But when my health finally stabilized, I was dramatically better.

Doug Lindsay now tells his story to audiences across the country, including at a TEDx event in St. Louis. Watch it here
(Photo courtesy of Doug Lindsay)

I returned to college. I graduated. I started a business as a keynote speaker on the role of hope and character in innovation and in life. And I’ve begun working in-depth with a small number of rare disease patients who’ve found themselves stuck in the medical system.

During my illness, the researchers and I jokingly began calling my condition, “Lindsay Syndrome,” after my last name. Lindsay Syndrome was easier to say than primary hyperepinephrinemia with beta-adrenergic hypersensitivity. My condition surely has a genetic basis. And I believe it likely affects other families too. But genetic work into my condition remains to be done. Rare diseases suffer from a woeful lack of attention from both researchers and the public.

A disease is considered rare if it affects fewer than 200,000 Americans. There are over 7,000 identified rare diseases. Most have no approved treatment. Doctors are left to use medications for other conditions to try to treat or manage the symptoms that rare disease patients have.

Yet rare diseases aren’t as forgotten or invisible as they once were. The National Institutes of Health has a new, though small, undiagnosed disease program, coordinated among 15 medical centers. The National Organization for Rare Disorders connects patients with rare diseases to nonprofits that spread information or fund educational materials into them.

And, of course, the Patient-Centered Outcomes Research Institute funds research into rare diseases. PCORI funds comparative effectiveness research studies. These studies compare how effective one treatment is to another. These studies aim to give doctors and rare disease patients the kind of reliable information that doctors use to guide their treatment of more common diseases like heart disease, hypertension, and diabetes. But these studies also reveal lessons and best practices that other researchers can use to investigate other rare diseases. That’s why I was happy to support the rare disease portion of PCORI’s mission by joining its Advisory Panel on Rare Disease last fall.

Rare disease patients need effective treatments, but no one should have to invent their own treatment to survive.

My Story Shouldn’t Be the Norm

I still have health challenges. But I am beyond lucky and blessed to be able to live a pretty normal life now. My story is exceptional, but it shouldn’t have to be the norm. Lewis and Clark had to trek and travail to make it across America to the Pacific Ocean. Now we just hop a plane. Research into rare diseases can teach patients and doctors what treatments to turn to and can teach other researchers how to study rare conditions.

The surgery I developed came too late to help my mom. She’s passed away. But new uses that I developed for old medications have given my aunt and me better health than anyone would have predicted. Rare disease patients need effective treatments, but no one should have to invent their own treatment to survive.

Your story is very

Your story is very interesting. Thank you so much for taking the time to share this. Keep going and don't give up. You are a genius! It's so rare to find someone that cured his/her own disease.