The Importance of the Patient Voice

I was a shy child, but somewhere along the way I found my voice. Perhaps it was because of the countless times my parents told me to speak up for myself at school. I eventually realized that if I used my voice in the right place at the right time, people would value what I had to say. As I approached high school, I found a voice that enabled me to help others. 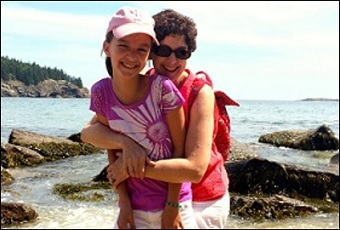 I remember visiting my grandfather in the hospital after he had heart surgery. I was anxious and upset seeing him on a ventilator, unconscious, and shaky. However, by the next day he was a whole new person, sitting up, talking, and eating normally. Then, another heart surgery patient was brought in to share the room. She looked as my grandfather had—and her daughter was distraught. Understanding how that felt, I let her know that it was going to be OK. Indeed, the next day her mom was doing better. My family later learned that this recovery pattern was typical. I remember thinking that if doctors would inform patients and families about what to expect, it would make the hospital experience much easier.

That day, I began thinking about how the healthcare system could do a better job of including patients and families. I have spent many years in health care, first volunteering as a candy striper at a local hospital, then managing group homes and programs for intellectually disabled adults, and eventually becoming a recreation therapist and patient rights advocate.

Always passionate about patients, I never thought that one day I might be on the other side—as an advocate for my own child. And I never imagined that advocating for my family would lead me to become involved with PCORI and health research.

We often feel at a crossroads, torn and uncertain about treatment choices.

A Voice in Research

Fourteen years ago, my husband and I adopted a baby girl. After three days in the neonatal intensive care unit, she received a clean bill of health. However, in the next few months, she had difficulty feeding and digesting, and she later began missing milestones of typical development, such as sitting up, walking, and talking. She slowly accumulated many other mysterious symptoms, such as low blood sugar, gastrointestinal issues, and neurological symptoms.

After years of rehabilitation and medical management, she has grown into a beautiful, intelligent, and strong teenage girl, who is following in her mother’s advocacy footsteps. But, although she is thriving, she is not without complex medical needs. Her physicians, who are spread across four hospital systems, have differing opinions regarding diagnosis and care. We often feel at a crossroads, torn and uncertain about treatment choices.

In our case, as in many others’, neither providers nor patients have sufficient information to make satisfactory shared decisions. To work together, providers and patients need strong supporting evidence from robust patient-centered research, like the work being funded by PCORI.

I became involved in research when the hospital council I served on was asked to talk with researchers about the frustrations and daily struggles that accompany coordinating care for children with complex medical needs. I was then asked to become a partner on a project to improve healthcare systems by engaging caregivers to collect important information about the most common challenges for this vulnerable population. Working alongside researchers and other parents through a PCORI Engagement Award, I was able to use my voice in a way that could help my daughter and other families.

Providers and healthcare systems can best help patients in their times of need when patients, as well as their caregivers, are fully included in decision making.

Listening to a Community of Voices

The patient voice is so critical. Providers and healthcare systems can best help patients in their times of need when patients, as well as their caregivers, are fully included in decision making. This is where the work being done by PCORI is so critically important. PCORI recognizes that it takes the whole community.

By asking researchers to engage with patients, caregivers, and other healthcare stakeholders, PCORI helps establish partnerships that provide evidenced-based care that’s responsive to individual patients’ preferences, values, and needs. By providing evidence to make informed decisions, PCORI helps patients and caregivers navigate the ever-changing sea of health care. PCORI values patient and caregiver voices by including them meaningfully in research so that others will be less burdened.

It is for all these reasons that I am proud to bring the perspectives of patients and families to PCORI by serving as a member of the Improving Healthcare Systems Advisory Panel and as a merit reviewer. In the latter role, I evaluate applications for research awards. On the advisory panel, I provide input about the direction of research in one of PCORI’s five national priorities. In both cases, I meet with diverse groups of patients, caregivers, community leaders, providers, and insurers. I am glad to use my experiences and voice to make a difference. Recently having become a PCORI Ambassador, I look forward to continuing to use my voice to share the PCORI story to promote the importance of patient-centered outcomes research.