Looking Back with Gratitude and Pride

When I became PCORI’s executive director in 2011, I knew it was the opportunity of a lifetime to help research more purposefully serve patients, clinicians, and the many decision makers in the healthcare arena. There were so many ways research could be made more realistic, effective, and efficient. But, to tell you the truth, I wasn’t entirely clear on how or why PCORI had gotten its name and I had many questions about how the term patient centered would be applied to our work. Shocking, I know. But I had little clear vision of how PCORI, “guided by patients, caregivers, and the broader healthcare community,” would proceed or how much would be accomplished in less than a decade. 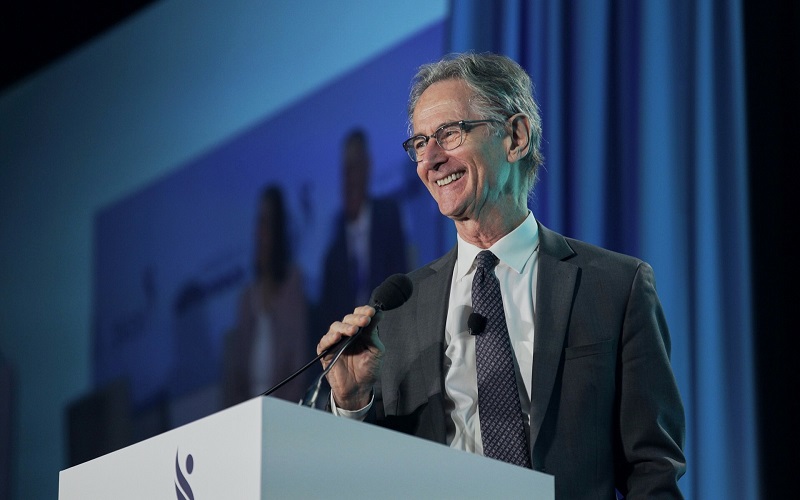 So, as I retire from my post, eight and a half years later, I hope a few reflections on what I saw and learned along the way will be useful. I also want to share my joy with you that I am turning over the reins to the superb clinical and health services researcher who took over as PCORI’s Interim Executive Director on November 1, Josephine Briggs, MD.

One of the things that first impressed me as we began building PCORI from the ground up was how ready the patient community was for such an organization. These critical stakeholders have a profound capacity to learn, teach, and partner with researchers and clinicians in helping to create more relevant, impactful clinical research. They’ve played a fundamental role in establishing what we came to call “research done differently.” I’m equally grateful to our remarkable Board of Governors for being the first to recognize patients’ important role in guiding research and enshrining that recognition in PCORI’s mission. That mission statement was approved by the Board at its first meeting after I began work, in July 2011. And the rest is history!

One of the things that first impressed me as we began building PCORI from the ground up was how ready the patient community was for such an organization.

I’m also grateful to the Board for its patience and confidence and for holding firm to our two-fold strategy of improving clinical practice and patient well-being by funding relevant, patient-centered research and promoting the dissemination and uptake of study results to ensure practice changes.

It has been a joy to see so many people working together to build a distinctive, mission-driven research organization. The entire healthcare community was generous in providing feedback, meeting with us regularly as we began to issue research awards and launch additional initiatives. Our advisory panels, including one charged with ensuring that everything we do is patient centered, were elemental to helping us clarify our framework for deciding which research topics to focus on for funding. The central role of stakeholders in our work is always brought home most clearly at PCORI’s Annual Meetings, which are unique in convening large numbers of patients, caregivers, researchers, clinicians, insurers, employers, and representatives from health systems, industry, and the policy community to consider our study findings and how to apply them in changing practice.

I wasn’t entirely clear on how or why PCORI had gotten its name and I had a lot of questions about how the term ‘patient centered’ would be applied to the work we did.

There are many other achievements I could name as particular points of pride during my time at PCORI. One is PCORnet®, the National Patient-Centered Clinical Research Network that PCORI funded to leverage the power of health data to make clinical research more efficient, powerful, and patient centered. This collaborative national resource is regularly showing its potential to transform research. I’m also proud of the system we developed to meet our mandate to make peer-reviewed results of every funded study available as widely and quickly as possible. And it’s been gratifying to see the critical work of PCORI’s Methodology Committee, which continues to meet its charge to advance the science and methods of comparative clinical effectiveness research.

It’s no secret that we faced some skepticism in the early days about whether an organization like PCORI could fulfill its challenging mandate. But as study results began coming in 2015 and since, it’s become clear that PCORI’s patient-centered, engaged approach to clinical research is making a difference in the real world and that, as predicted, it is more often helpful to patients and all those who care for them in making the best, most acceptable, most reasonable decisions.

Having spent many years as a family physician and health services researcher before coming to PCORI, it has been a privilege to continue serving patients and the healthcare community through my work here. And a clinician leader with Dr. Briggs’ background and experience is a perfect fit for PCORI as Interim Executive Director.

I met Josie almost the minute I arrived in Washington in 2011 and was always impressed that she seemed to know so much about PCORI and its efforts. It was as if she worked here even then. She has certainly been ahead of the curve in recognizing PCORI’s potential. Having her now join PCORI is like welcoming an old friend whose leadership will ensure a smooth transition as PCORI builds on the remarkable achievements of its first decade.

I know all of those we serve across the healthcare community join me in wishing her and PCORI’s staff the greatest success.

Thank you, Joe, for your

Thank you, Joe, for your commitment, guidance, humility and more. We are a better nation because you accepted the call to lead PCORI. Blessing and stay engaged.

Thanks for the effort you

Thanks for the effort you have made to promote health and wellbeing.