The lesbian, gay, bisexual, and transgender (LGBT) population faces unique mental and physical health challenges. Perceived stigma and a lack of cultural competence from healthcare providers can be additional challenges among transgender individuals, a group that has been largely overlooked in health research. Transgender is a term for individuals whose gender identity differs from the sex they were assigned at birth.

The LGBT population faces physical health challenges that can relate to anything from gender dysphoria to stroke. Compared with heterosexual people, some members of the LGBT population are also at higher risk for HIV, cancer, and other diseases. LGBT individuals are also more likely to smoke, use illicit drugs, and drink alcohol excessively than heterosexuals.

In response to some of the critical health disparities transgender people experience, a PCORI-funded project led by Michael Goodman, MD, MPH, at Emory University examined the risks and benefits of gender reassignment therapies, such as estrogen treatment for transgender women. Researchers found that transgender women who receive estrogen treatments face a higher risk for stroke and dangerous blood clots than postmenopausal women do.

The mental health challenges facing the LGBT community—and particularly the transgender community—are also a reason to do research to improve health outcomes.

In addition to the LGBT-related clinical comparative effectiveness research studies PCORI has funded, PCORI also funds the Population in Identity and Disparities for Equality Patient-Powered Research Network, or PRIDEnet. PRIDEnet is one of the research networks that make up PCORnet, the National Patient-Centered Clinical Research Network.

PRIDEnet consists of more than 40 partner organizations, including health groups, community centers, and organizations that support the LGBT community. It has enrolled more than 10,000 people, who answer questions about their health history. It is working to engage the LGBT community as partners and participants in research to understand how sexual orientation and gender identity affect health and how to improve health outcomes for LGBT individuals.

A national survey found that 41 percent of transgender individuals attempt suicide at some point, as do some 10 to 20 percent of lesbian, gay, and bisexual adults. These figures are more than double, and up to 10 times as high as, the average percentage of the national population who report attempting suicide.

Goodman’s study adds young people to these concerning statistics. The team reported in Pediatrics that children or adolescents describing themselves as transgender to a healthcare provider need evaluation for possible life-threatening depression or other mental health concerns.

Another PCORI-funded study, based at Fenway Community Health Center in Massachusetts, compared two methods of testing for human papillomavirus, or HPV. The virus is the most common sexually transmitted infection in the country and is responsible for almost all cervical cancer cases. The study focused on 131 transmasculine people—individuals assigned female sex at birth who identify as male—and compared HPV swab tests conducted by clinicians with swab tests that patients performed themselves.

More than 90 percent of patients preferred the self-testing method, the research team reported in PLOS ONE, and the results from this method were nearly as accurate as the tests performed by clinicians. Self-testing could be effective for people who aren’t comfortable undergoing an exam by a healthcare provider, the researchers conclude.

Another PCORI-funded study, led by Adil Haider, MD, MPH, of Brigham and Women’s Hospital in Massachusetts, is testing ways to collect information about sexual orientation and gender identity in the emergency department. Collecting this information hasn’t been standard practice, but it could help clinicians become more aware of patients’ needs. 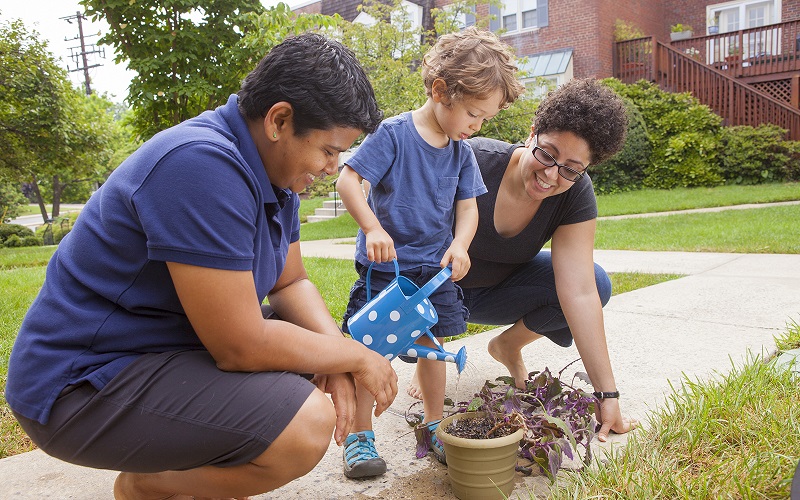 Next, researchers worked with patients and other stakeholders to develop two approaches—one verbal and one written—to asking about sexual orientation and gender identity in the emergency department. The research team implemented those approaches at two teaching hospitals and two community hospitals.

The study’s full results are forthcoming, but its preliminary message is encouraging: Most patients are willing to share information about their sexual orientation and gender identity, despite clinicians’ preexisting beliefs to the contrary. Asking these questions or adding them to intake forms—just as race and ethnicity questions were added a few decades ago—could get doctors information they need to treat patients.

At PCORI, we’re committed to supporting patient-centered research that will produce reliable evidence that LGBT people and other underserved populations can use to make better-informed decisions about health and healthcare issues that affect them and their families. You can find more information about the work we’re funding in the Research and Results section of our website.

PCORI has funded eight comparative clinical effectiveness research studies related to the health of LGBT people, an investment of $26 million. They are the following:

Post Type
Health Topics
Populations Populations PCORI is interested in research that seeks to better understand how different clinical and health system options work for different people. These populations are frequently studied in our portfolio or identified as being of interest by our stakeholders. View Glossary

Hello. Thank you so much for your comment. We appreciate it.

I'm grateful there is research into Patient-centered approaches to collecting information about sexual orientation and gender identity in the emergency department. As with any information gathering such as this, it's so important to educate the emergency department staff so they do not immediately jump to conclusions when getting responses to these questions, but see this as simply more pieces to the puzzle of any individual's health.
Our daughter's physical complaints were brushed aside in the ED after she honestly answered these questions. It was suddenly assumed her complaints came from anxiety and that she was overly dramatic. She has since expressed that she is unsure whether she should have responded honestly. Her physical symptoms being brushed aside could have been fatal. She had advanced Crohn's disease.