Given the evidence of high 5- and 10-year survivorship rates for localized prostate cancer, the effect of treatment on symptom-related quality of life is an important consideration for men choosing among available treatment options. Two PCORI-funded studies published in the March 21, 2017 issue of JAMA compare the impact of current treatments on symptom-related quality of life for men with localized prostate cancer. Quality of life scores refer to symptoms, how much men were bothered by symptoms, or a combination of the two. The studies looked at observed outcomes from a combined total of 3,600 men for periods of two and three years following treatment. This evidence offers information that can help patients make treatment decisions. 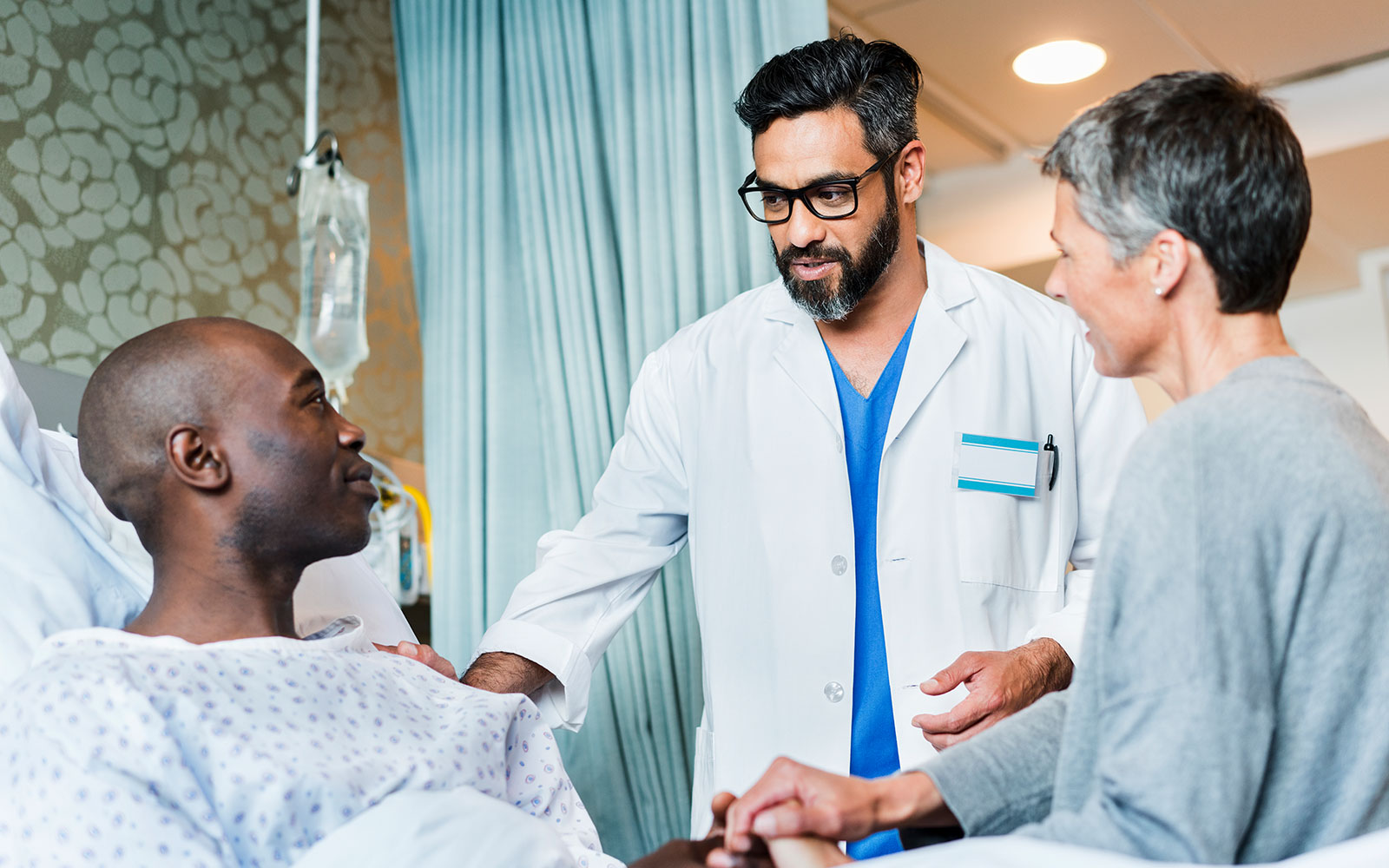 Summary of the Evidence

Sexual, urinary, and (to a lesser extent) bowel function were significantly reduced at six months and at one year for men receiving surgery or radiation compared with men in active surveillance. These symptoms tend to im-prove over 2 to 3 years, but differences may remain.

(open or robotic assisted laparoscopy) was more likely to cause sexual dysfunction and urinary incontinence than radiotherapy or active surveillance.

(external beam radiation or brachytherapy) is more likely to cause urinary obstruction, urinary irritation, and bowel problems than surgery or active surveillance.

The American Urological Association (AUA), American Society for Radiation Oncology (ASTRO), and the Society of Urologic Oncology (SUO) have issued joint guidelines on shared decision making with patients who have localized prostate cancer. These guidelines include:

An information sheet for patients on this evidence is available here.
The patient information is intended to support patients in discussions with their clinicians about treatment options.

The information in this publication is not intended to be a substitute for professional medical advice. This update summarizes findings from PCORI research awards to Vanderbilt University and The University of North Carolina at Chapel Hill.