Can Patients with MS Safely Stop Taking Medicine as They Age? DISCOMS Trial's Results Indicate It's a Reasonable Option for Some 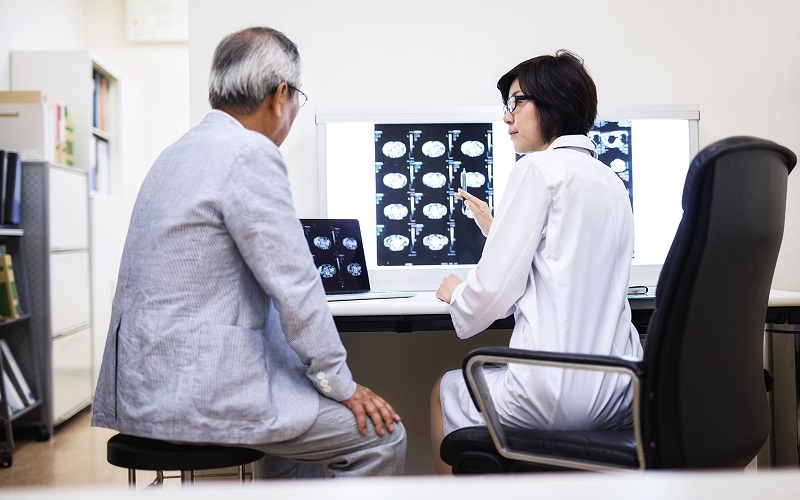 Although new results from an ongoing PCORI-funded study into whether some patients with multiple sclerosis (MS) can safely stop taking certain kinds of medications as they age weren’t conclusive in either direction, the study’s lead researcher said the findings indicate that it is reasonable for some patients who have been on the medication for a long time to safely go off them.

John Corboy, MD—principal investigator on the DISCOMS trial, based at the University of Colorado in Aurora—presented the findings during the Consortium of Multiple Sclerosis Centers’ annual meeting in June 2022.

The special medications—known as disease-modifying therapies (DMT)—can reduce inflammation and nerve damage. However, DMTs are less effective at treating MS in its later phases. DMTs can also be difficult to take for a long time because they are costly, can cause a variety of side effects, and have long-term health risks.

The research team followed about 300 patients with MS, ages 55 and older, at nearly 20 MS centers nationwide. About half the participants kept taking their DMT, while the other half stopped taking the drugs.

While the study findings were not conclusive in either group, they have the potential to inform future practice and guide patients and their doctors with shared decision making. Further, discontinuation may be an appropriate choice for some older individuals with stable MS, resulting in potentially reducing the financial burden on patients taking DMT and the incidence of side effects often associated with the treatment.

Learn more about the DISCOMS trial from this PCORI Blog post and PCORI video interview with Dr. Corboy.