WASHINGTON, DC—People with cardiovascular disease (CVD) taking aspirin to lower their chances of suffering a heart attack or stroke experienced similar health benefits, including reduced death and hospitalization for heart attack and stroke, whether they took a high or low dose of aspirin, according to a study presented today at ACC.21, the American College of Cardiology’s 70th Annual Scientific Session and published in the New England Journal of Medicine. 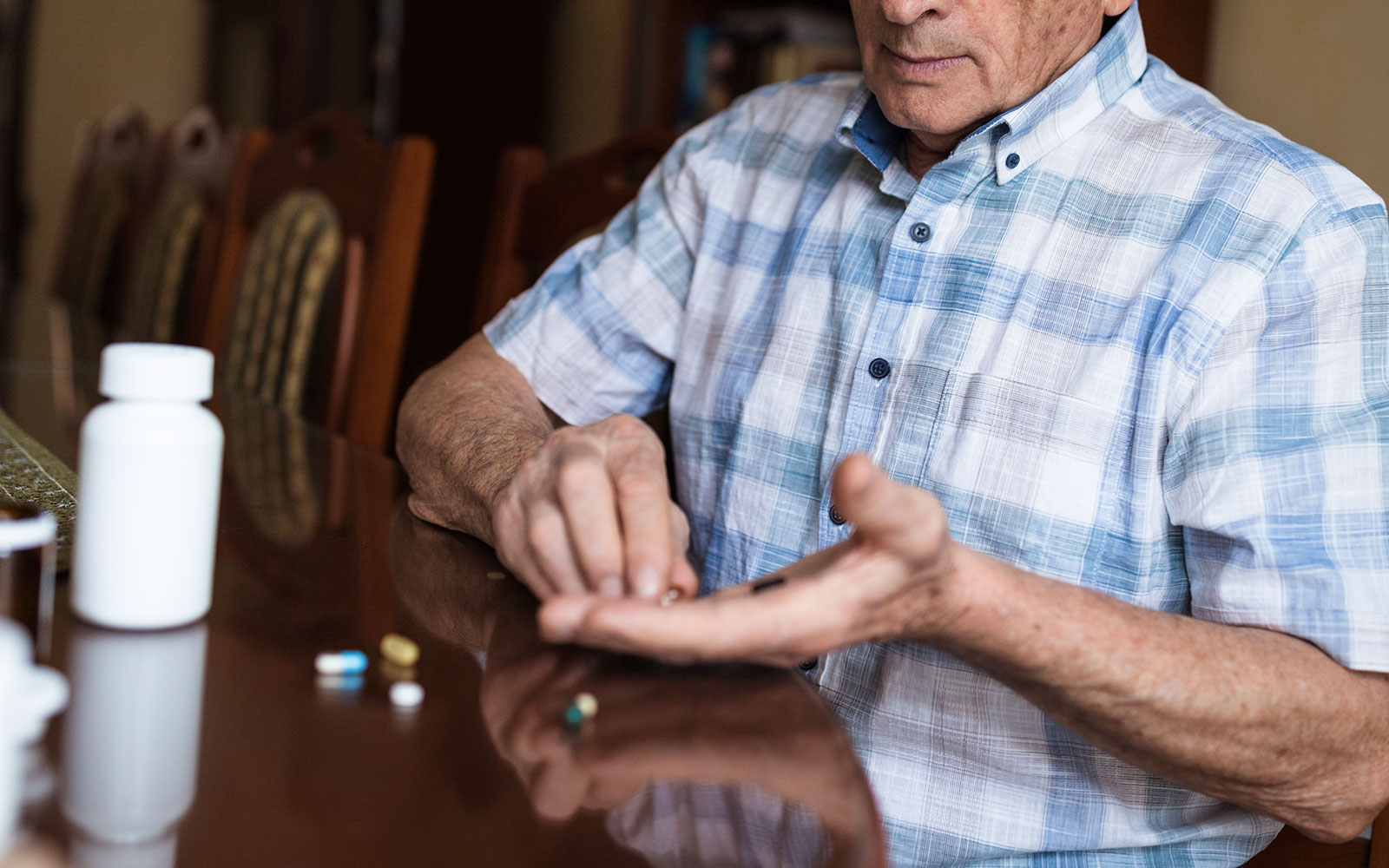 CVD—and atherosclerosis, in particular, which is a narrowing and hardening of the arteries—is a leading cause of death for men, women, and most racial and ethnic groups in the United States, with estimated direct costs of $214 billion, according to the American Heart Association. Millions of Americans with CVD take recommended aspirin therapy to help reduce their risk of heart attack and stroke, a decades-long practice that has, until now, lacked definitive research studying the doses that work best for patients and minimize potentially serious side effects, such as major bleeding.

“We found that both doses had similar effectiveness and safety, and while there were differences in dose switching between the groups, generally patients with heart disease should take low-dose aspirin given its tolerability and no clear benefit with higher doses of daily aspirin,” said Schuyler Jones, MD, the study’s principal investigator at the Duke Clinical Research Institute (DCRI). 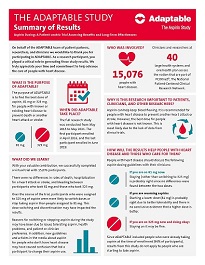 The study, called ADAPTABLE, is the first large-scale study of aspirin dosing to be embedded in real-world practice and the first randomized controlled trial to be conducted using PCORnet®, the National Patient-Centered Clinical Research Network. PCORnet is a national resource developed with funding support from the Patient-Centered Outcomes Research Institute (PCORI) to enable more efficient patient-centered clinical research by tapping into real-world health data collected during routine care. PCORI funded ADAPTABLE both to demonstrate the capacities of PCORnet and to fill an important evidence gap regarding cardiovascular care.

Researchers followed 15,076 people with CVD who were identified via electronic health records and randomized to self-administer either 81 mg or 325 mg of daily aspirin for a median of 26.2 months. Participants were engaged at 40 health centers across the nation and a health plan engaged in the PCORnet network. Most follow-up to obtain patient-reported information occurred via a patient portal, with the rest occurring via telephone calls.

While the researchers found no significant difference between the two doses in safety or effectiveness, they noted the higher dose group was much more likely to switch doses during the study. The patients in this group also were slightly more likely to discontinue the use of aspirin, for reasons including tolerability and participant and clinician preferences, among others.

“ADAPTABLE provides useful evidence to inform patients and clinicians who advise them on aspirin dosing decisions,” noted PCORI Executive Director Nakela L. Cook, MD, MPH. “Sometimes health care is based on years of routine practice and when rigorous studies are conducted, we can evolve that practice from common sense to evidence based. That is why PCORI funds studies like ADAPTABLE that aim to enhance decision making with useful evidence.”

Cook added, “ADAPTABLE demonstrated the capacities that PCORnet offers to conduct large-scale patient-centered research more efficiently utilizing a rich data infrastructure and provides valuable lessons learned as the first randomized controlled trial conducted via the network. The generation of real-world evidence to enhance and extend beyond the evidence generated through studies conducted in specialized research settings is so important to improving health outcomes for all populations in all settings around the nation.”

According to the researchers, ADAPTABLE provides a demonstration that randomized trials can leverage electronic health data, direct-to-participant methods and participant-reported outcomes to address important, patient-centered questions.

“ADAPTABLE provides a blueprint for how research can be improved in the future,” added Jones of DCRI. “The pragmatic structure of the PCORnet network enabled remote follow-up and streamlined processes and made it easier for sites and participants to take part. We also benefited from continuous engagement with patient partners who raised questions at every touchpoint that made us all think how ADAPTABLE and future research could be done differently.”

More information on ADAPTABLE can be found at theaspirinstudy.org, which includes a plain-language summary of the results and a town hall discussion on lessons learned through the study. More information on PCORnet is available at pcornet.org.

The Patient-Centered Outcomes Research Institute (PCORI) is an independent nonprofit organization authorized by Congress in 2010. Its mission is to fund research that will provide patients, their caregivers and clinicians with the evidence-based information needed to make better-informed healthcare decisions. PCORI is committed to continually seeking input from a broad range of stakeholders to guide its work.

The DCRI, part of the Duke University School of Medicine, is the largest academic clinical research organization in the world. Its mission is to develop and share knowledge that improves the care of patients through innovative research. The institute conducts groundbreaking multinational clinical trials, manages major national patient registries and performs landmark outcomes research. DCRI research spans multiple disciplines, from pediatrics to geriatrics, primary care to subspecialty medicine and genomics to proteomics. The DCRI also is home to the Duke Databank for Cardiovascular Diseases, the largest and oldest institutional cardiovascular database in the world, which continues to inform clinical decision making 40 years after its founding.

The Patient-Centered Outcomes Research Institute (PCORI) is an independent nonprofit organization authorized by Congress in 2010. Its mission is to fund research that will provide patients, their caregivers and clinicians with the evidence-based information needed to make better-informed healthcare decisions. PCORI is committed to continually seeking input from a broad range of stakeholders to guide its work.

Post Type
Health Conditions Health Conditions These are the broad terms we use to categorize our funded research studies; specific diseases or conditions are included within the appropriate larger category. Note: not all of our funded projects focus on a single disease or condition; some touch on multiple diseases or conditions, research methods, or broader health system interventions. Such projects won’t be listed by a primary disease/condition and so won’t appear if you use this filter tool to find them. View Glossary
Post Topics

GAO announces six new appointments to the PCORI Board of Governors