After 90 days, the research team found no differences between the two groups in

Many parents who had family navigators asked for help with daily living needs. They most often requested help with housing or getting food.

The study included 348 parents with low incomes in Maryland. Each child was 16 years old or younger. Children had Medicaid and were approved to take medicine for mental illness. In this study, 93 percent of parents were female, 56 percent were white, and 34 percent were African American.

The research team asked parents in both groups to rate

The research team compared the ratings from the groups at the start of the study and after 90 days. The team also looked at how often children went to therapy and whether the medicine they took changed. An advisory group helped guide the study. The group included parents, mental health doctors, and child service workers.

The study was only 90 days long. This time period may not have been long enough to cause major changes in parents’ responses. The team didn’t contact children or children’s doctors directly. Doing so may have helped the team see changes that weren’t reported by parents.

Many parents in the study asked for help with daily living needs. Future research could look for ways to help families with these types of concerns.

Clinics that provide care for children who take medicine for mental illness may consider using programs like the one in the study to support the children and their families. Staff from these programs should consider whether parents need help with daily needs like food and housing.

This randomized controlled trial compared family navigator services with usual care. The study included 348 parents of children ages 16 and younger, on Medicaid, and approved to take antipsychotic medication in Maryland. In this study, 93% of parents were female, 56% were white, 34% were African American, and 10% were other races.

Parents completed surveys at enrollment and after 90 days. The surveys asked about parent empowerment, social support, satisfaction with child mental health treatment, and their child’s global behavioral functioning. The research team compared behavioral-therapy service claims made by parents in both groups in the 90 days before and after enrollment. The team also used pharmacy claims to assess whether the antipsychotic medication dose and number of psychiatric medications had changed after 90 days.

An advisory board of parents, child healthcare providers, and child service representatives helped to design and implement the study.

After 90 days, the study found no statistically significant differences between the family navigator and usual-care groups in changes in ratings of parent empowerment, social support, satisfaction with children’s mental health treatment, or children’s global behavioral functioning. In addition, there were no differences in therapy service claims between the two groups. Children of parents who received family navigator services were less likely to have an increase in antipsychotic medication dose than those who received usual care (p=0.01). There were no statistically significant differences between the two groups in the proportion of children who switched or stopped using antipsychotic medications.

Parents had an average of four sessions with their family navigators. In addition to mental health needs, many parents asked family navigators for assistance with food services (35%) and for information on housing programs (29%). Family navigators also identified and reported four cases of suspected child abuse or neglect to Child Protective Services.

The intensity of the intervention—using only phone calls with family navigators—and the 90-day follow-up may have been insufficient to promote greater improvement in parent-reported outcomes for the intervention group. The research team did not have direct contact with the children or observe the parents and children together, which may have limited the family navigator program’s ability to improve the study outcomes.

Families with children who take antipsychotic medication and receive Medicaid have complex health needs related to economic adversity and mental health concerns. Although there were no differences in the primary outcomes between the two groups, many parents asked family navigators for assistance with managing basic living needs.

Future studies could further explore modes of providing support to parents of children who need mental health services. Future research could also specifically address the ability of these services to address common daily living needs among families with children who take antipsychotics and have Medicaid.

The Family Value of Information, Community Support, and Experience Study: Rationale, Design, and Methods of a "Family-Centered" Research Study 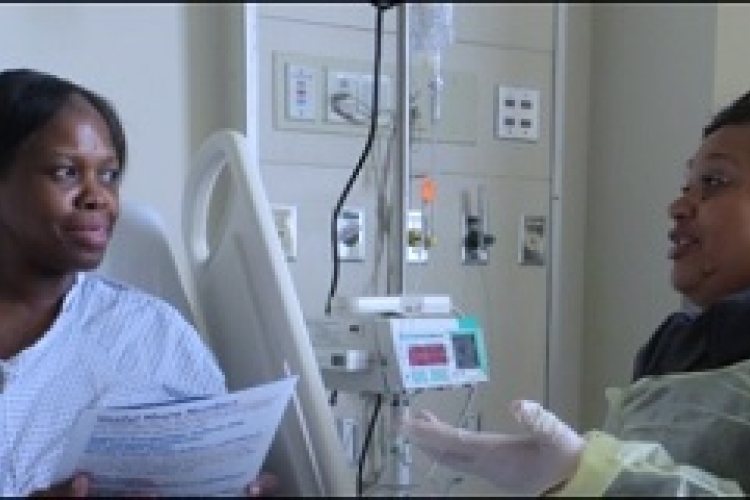