Comparing the Effects of Surgery, Radiation Therapy, and Active Surveillance on Men with Localized Prostate Cancer -- The CEASAR Study

The research team wanted to know if there was a difference in the effects for the three treatment choices. Over three years, the team asked the men about their sexual function and urine or bowel problems.

Other urine or bowel problems. The research team asked about pain or reduced stream when passing urine, blood in the urine, and passing urine often. The team also asked about bowel function and hormone function. The only difference was that men who had surgery reported fewer of the urinary problems than men who had active surveillance.

The study included 2,550 men from across the United States with localized prostate cancer. All the men started the study within six months of being diagnosed. Of these, 74 percent were white, and 26 percent were other races. The average patient age was 64, and all were younger than 80. Of the surgeries, 76 percent used a laparoscope, a small robotic instrument with a video camera that works through small cuts to the body. Among the men who chose radiation, 45 percent also took medicines to reduce male hormones.

The research team used health records to find out which treatment each man received. The men completed a survey when the study began and three years later. The survey asked about sexual function and urine or bowel problems.

The study didn’t measure other results that may be important to men with localized prostate cancer, such as overall quality of life, anxiety, satisfaction, and the effect of the cancer on their finances. Also, some results may occur beyond three years.

Future research could follow men for more than three years and might look at other results from treatment such as quality of life or anxiety about cancer.

The results could help men with localized prostate cancer and their doctors make treatment choices based on what is most important to the patient.

Researchers enrolled 2,550 men across the United States with localized prostate adenocarcinoma. Of these, 74% were white and 26% were nonwhite. The mean patient age was 64, and all were under age 80. All participants had a patient prostate specific antigen (PSA) level below 50 ng/mL.

Participants completed the EPIC-26 at enrollment and six months, one year, and three years later.

Two prostate cancer survivors were active members of the research team. A patient advisory council of 15 survivors also provided input on the aims and conduct of the study.

Results are for follow-up at three years.

Urinary irritative symptoms. Men who had surgery reported less problems with urinary irritative symptoms (dysuria, hematuria, reduced stream, increased frequency) than those who had active surveillance (p<0.001); the difference was statistically and clinically significant. Men who had surgery did better than those who had radiotherapy, and those with radiotherapy did better than those with active surveillance; the differences were statistically but not clinically significant.

The study did not measure other outcomes relevant to localized prostate cancer, such as long-term functional outcomes and oncologic endpoints, overall quality of life, anxiety, satisfaction, and financial impacts. Also, some favorable or adverse outcomes may present beyond three years; the number and severity of such outcomes may differ by treatment.

These results can help inform treatment decisions for men with newly diagnosed, localized prostate cancer. However, other factors to consider include the tumor grade and PSA level.

Future research could have longer follow-up periods and might study other outcomes such as overall quality of life, anxiety, and financial impacts.

Study Lets Prostate Cancer Patients Give Input to Help Others Choose Best Treatment
Conwill, The Tennessean, April 20, 2019
In a guest opinion column, Ralph Conwill—a prostate cancer survivor and a patient partner on this study—writes about his involvement in the research and notes that he served as "an equal partner...alongside the scientists in what is a truly patient-centered approach." Conwill adds that he is assisting researchers in putting the results into practice.

Article Highlight: This study compared three common treatments—surveillance, radiation, and surgery—for prostate cancer that hasn’t spread beyond the prostate gland. After three years, men who had surgery reported lower sexual function and more leaking of urine than men who had radiation or surveillance. However, men who had surgery reported fewer other urine problems, such as painful urination or passing urine often. Now, funding from the Agency for Healthcare Research and Quality has advanced this research to study five-year outcomes, which the research team has published in JAMA.

Association Between Radiation Therapy, Surgery, or Observation for Localized Prostate Cancer and Patient-Reported Outcomes After 3 Years

Association between pelvic nodal radiotherapy and patient-reported functional outcomes through 5 years among men undergoing external-beam radiotherapy for prostate cancer: An assessment of the comparative effectiveness analysis of surgery and radiation

Radiotherapy after radical prostatectomy: Effect of timing of postprostatectomy radiation on functional outcomes

Patient-Reported Outcomes Through 5 Years for Active Surveillance, Surgery, Brachytherapy, or External Beam Radiation With or Without Androgen Deprivation Therapy for Localized Prostate Cancer

Predictors of Response Outcomes for Research Recruitment Through a Central Cancer Registry: Evidence From 17 Recruitment Efforts for Population-Based Studies

The Effect of Nerve Sparing Status on Sexual and Urinary Function: 3-Year Results from the CEASAR Study 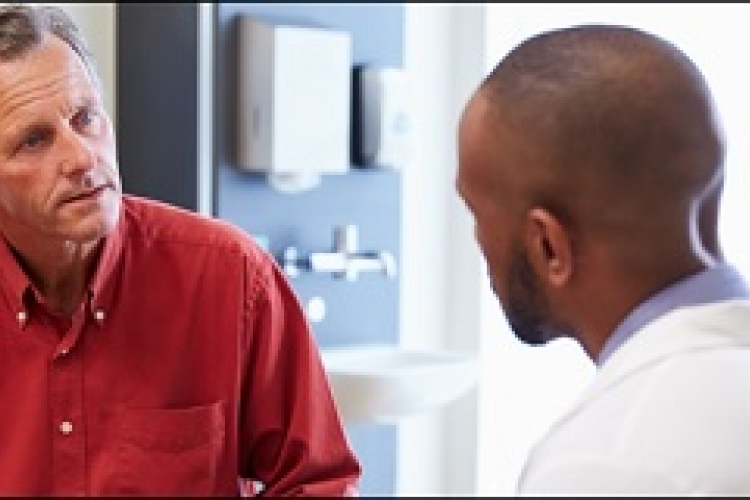 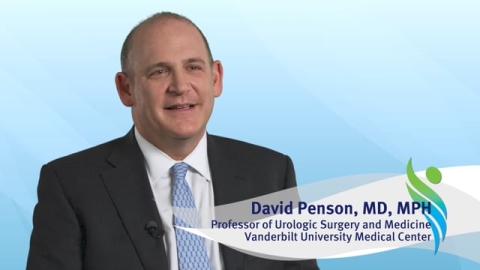 Has Results
Project Status
Award Type
Health Conditions Health Conditions These are the broad terms we use to categorize our funded research studies; specific diseases or conditions are included within the appropriate larger category. Note: not all of our funded projects focus on a single disease or condition; some touch on multiple diseases or conditions, research methods, or broader health system interventions. Such projects won’t be listed by a primary disease/condition and so won’t appear if you use this filter tool to find them. View Glossary
Populations Populations PCORI is interested in research that seeks to better understand how different clinical and health system options work for different people. These populations are frequently studied in our portfolio or identified as being of interest by our stakeholders. View Glossary
Funding Opportunity Type
Intervention Strategy Intervention Strategies PCORI funds comparative clinical effectiveness research (CER) studies that compare two or more options or approaches to health care, or that compare different ways of delivering or receiving care. View Glossary
Research Priority Area
State State The state where the project originates, or where the primary institution or organization is located. View Glossary
Last updated: November 11, 2022