In this study, the research team created a scale with a set of questions to measure how patient centered input is on research projects. The team tested the scale to be sure it measured patient-centeredness reliably and accurately.

Then the research team compared two ways researchers could get input on their projects:

The team wanted to learn if there were differences in how patient centered input was from CE Studio and T2 Studio.

The scale the research team developed worked well to measure patient-centeredness of input on research projects.

To measure how patient centered input is on research projects, the research team created the Person-Centeredness of Research Scale, made up of a set of questions. To create the scale, the team made a list of features that would make a project patient centered. Next, the team created questions to find out if projects showed these traits. The team then tested and revised the questions.

The research team assigned 20 research projects to one of two groups by chance. The project teams were from Vanderbilt University and Meharry Medical College in Nashville, Tennessee, and they wanted input on making their projects patient centered. Teams in the first group received input using CE Studio. Teams in the second group received input using T2 Studio. In both CE Studio and T2 Studio, people gave input through one- to two-hour discussion sessions.

Researchers first created and validated a seven-item Person-Centeredness of Research Scale to measure the level of patient-centeredness of input on a research project. People can use the scale to indicate whether they agree or disagree that input on a research project integrates patient interests and needs. To create the scale, researchers generated items and evaluated items previously identified to assess patient-centeredness. Researchers pilot tested the scale and then assessed its validity and reliability.

Next, researchers used the scale in a randomized controlled trial that compared input on the design of research projects from community members versus researchers. Researchers randomly assigned 20 research projects at Vanderbilt University and Meharry Medical College in Nashville, Tennessee, to one of two groups. In one group, project teams used CE Studio, obtaining direct input from patients and community members. In the other group, project teams used T2 Studio, collecting input from fellow researchers. In both CE Studio and T2 Studio, participants gave input through one- to two-hour discussion sessions. A neutral community facilitator moderated the discussions.

Researchers recorded and transcribed sessions for both groups. Then two independent reviewers scored each transcript using the Person-Centeredness of Research Scale. Researchers compared the patient-centeredness scores on the input collected from the CE Studio versus the T2 Studio groups.

The Person-Centeredness of Research Scale showed a high degree of internal consistency reliability based on Cronbach’s alpha.

Scores from the Person-Centeredness of Research Scale were significantly higher for the CE Studio group (8.52) compared with the T2 Studio group (-5.67) (p<0.0001), indicating that input obtained from the patients and community members was more patient centered.

Community input in the development of research projects resulted in input on research plans that were more patient centered.

Future studies could investigate the performance of the scale. In addition, research could explore how methods of engagement other than CE Studio affect the patient-centeredness of research.

Patient Stories Can Make a Difference in Patient-Centered Research Design

Understanding What Information Is Valued By Research Participants, And Why

Development and validation of the Person-Centeredness of Research Scale 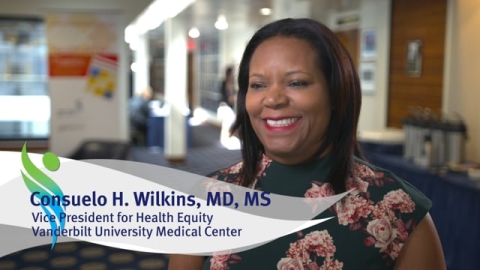 Peer reviewers commented, and the researchers made changes or provided responses. Those comments and responses included the following: