Appendicitis occurs when the appendix, a part of the intestine, becomes infected. Appendicitis can cause stomach pain and vomiting. If the infection isn’t treated, it can lead to serious complications. Caregivers—parents or guardians—usually find out children have appendicitis when they bring them to the emergency room, or ER, for these symptoms.

Surgery and antibiotics are two options to treat appendicitis that is in early stages. These options have different benefits and harms. Surgery is effective, but children may miss one or two weeks of school. Antibiotics often work and avoid the discomforts of surgery. But some patients still need surgery later. Choosing a treatment can be stressful because caregivers need to decide soon after the doctor gives the diagnosis.

After diagnosis, the research team assigned the pairs by chance to one of two groups. In one group, a doctor talked with the pairs about treatment options. In the other group, the pairs used the app to help them choose a treatment. Then they had the same type of conversation with a doctor as pairs in the first group did.

Patients, caregivers, and healthcare providers helped design the app and plan the study.

Both apps and consultations may be effective ways to help caregivers make decisions with doctors in the ER about how to treat appendicitis.

Scores for decision self-efficacy and preparation for decision making were significantly (p=0.03) higher for the consult-only group immediately after treatment decision compared with the group that used the app. However, both groups had high scores, and the differences were not clinically meaningful.

The group that used the app and the consult-only group did not differ in treatment chosen, healthcare satisfaction, number of school days missed or disability days taken, and return ED visits and hospitalizations.

The same research physicians conducted the consultations in both groups. They may have included information from the app in all of their consultations. The standardized consultation may also have been more intensive than usual care for appendicitis in typical ED practice. These factors may have contributed to the finding of few differences in outcomes between groups.

The research team found that adding use of the app to a standardized consultation did not lead to any differences in patient-reported or medical outcomes.

Future research can include multiple sites to reduce the possibility of both groups receiving the same intensity of consultation.

Effects of a Patient Activation Tool on Decision Making Between Surgery and Nonoperative Management for Pediatric Appendicitis: A Randomized Clinical Trial

Is an RCT the Best Way to Investigate the Effectiveness of Nonoperative Management of Pediatric Appendicitis? Ann Surg

Management of Acute Appendicitis, Comparative Effectiveness Research, and the Nuances of Study Design-Reply 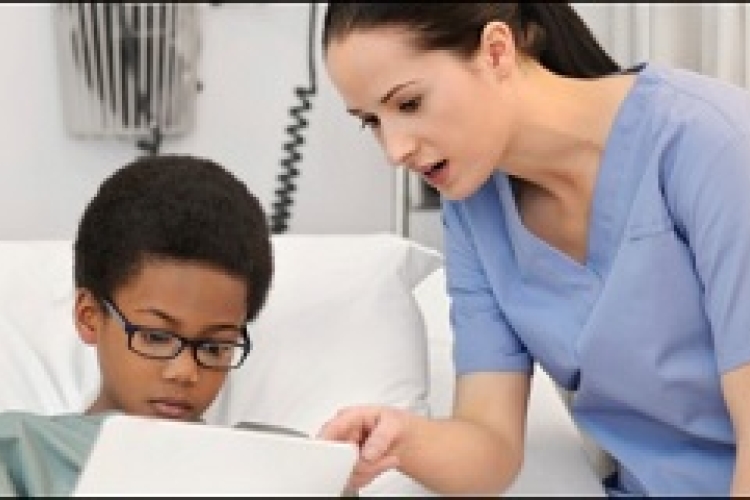