Most women with cancer in one breast have a low risk of getting cancer in their other breast. But many women choose to have both breasts removed to prevent future breast cancers. Surgery to remove the healthy breast is called contralateral prophylactic mastectomy (CPM).

Researchers wanted to see how CPM affects a patient’s mental and social well-being. The research team compared two groups: patients who had both breasts removed and patients who had part or all of the breast with cancer removed but kept their healthy breast.

Patients’ satisfaction with their treatment choice was the same for patients who had CPM and those who kept their healthy breast.

In interviews, patients said they worried about getting cancer again no matter which treatment they chose. Patients who had CPM said having both breasts removed gave them peace of mind.

A computer program predicted that CPM would have little effect on how long patients lived.

The study included 252 women from a cancer center and a community clinic in Houston, Texas. The patients were newly diagnosed with cancer in one breast. The cancer was not inherited. Among the patients, 55.5 percent had part of the breast with cancer removed, 27 percent had the whole breast with cancer removed, and 17.5 percent had both breasts removed (CPM). The average patient age was 56. Most patients in the study were white (57 percent), followed by African American (15 percent), Hispanic (15 percent), and other (8 percent).

The research team asked patients to fill out surveys before surgery and then again 1 month, 6 months, and 12 months after surgery. Patients rated their stress and suffering, body image concerns, worry about cancer, quality of life, and happiness with their treatment choice. The team used the survey results to find out how CPM and other treatments affected patients’ mental and social well-being over time. The research team also interviewed 20 of the patients about how their breast cancer diagnosis and treatment choice affected their lives.

The research team made a computer program to estimate survival rates in patients with cancer in one breast. The program used results from published studies to make estimates. The program considered the age at diagnosis, extent of the cancer, and history of breast cancer in the family.

Future studies could look for ways to improve patients’ well-being after treatment for cancer in one breast. Studies could also test ways to tell doctors and patients about how treatments may affect mental and social well-being.

Women with breast cancer and their doctors can use the results of this study when deciding on treatment for cancer in one breast.

After researchers accounted for collecting data from the same patient multiple times, they found that women who underwent CPM had higher levels of cancer distress (p = 0.03) and more body image concerns (p < 0.01) than women who did not undergo CPM. There was no statistically significant difference between groups for satisfaction with treatment decision.

Compared with women who did not undergo CPM, women who underwent CPM had

When interviewed, all women identified dealing with uncertainty, cancer worry, and concerns about recurrence as reasons for their treatment choice. Although study participants knew they had a low risk of developing new DCIS or breast cancer regardless of treatment choice, the women who chose CPM felt that their choice gave them peace of mind.

At each time point, approximately 20 percent of participants did not complete questionnaires. Results may have been different if the participants who did not complete questionnaires at every time point had different psychosocial experiences than those who completed all the questionnaires. The study was conducted in one large US city; results may differ in other areas. The academic center and the community center used different recruitment strategies, which may have affected the study sample and the study outcomes. The academic center recruited patients after diagnosis but before surgical consultation, while the community center recruited patients after both diagnosis and surgical consultation. Because the demographics of physicians participating in the study were similar, the researchers could not identify any physician-level factors that affected patients’ psychosocial outcomes. There were baseline differences in psychosocial variables between women who underwent CPM and those who did not; thus, causal inferences from the results of this study require caution.

Women with nonhereditary unilateral DCIS or breast cancer who underwent CPM had less cancer worry one month after surgery compared with women who did not undergo CPM. Their body image concerns were no worse than those of women who did not have CPM.  However, they had lower quality of life, and cancer distress was no better than that of women who did not have CPM. The computer model predicted that patients who underwent CPM were unlikely to survive longer than those who underwent a different treatment. Understanding the psychosocial impact and long-term survival outcomes of treatment strategies for unilateral DCIS or breast cancer may help physicians and patients engage in shared decision making.

Future research could investigate whether using conceptual or theoretical models might further illustrate how CPM affects patients’ psychosocial adjustment. Research could also provide information about how to use these findings in decision making.

Article Highlight: Women with nonhereditary breast cancer who opted to have a contralateral prophylactic mastectomy (CPM) experienced higher levels of precancer surgery worry, compared with women who did not have the prophylactic surgery, according to researchers in this study. In a recent Journal of Clinical Oncology report the researchers noted, however, that postsurgery worry diminished over time and was similar to that of women who did not have a CPM. The researchers suggest that physicians might consider discussing pre- and postsurgery worry with their patients, which can be a key factor in decisions about whether to have a CPM. The study surveyed 288 women, including 50 who had CPM, and 238 who had a unilateral mastectomy or breast conserving surgery.

Who should get a contralateral prophylactic mastectomy for breast cancer? 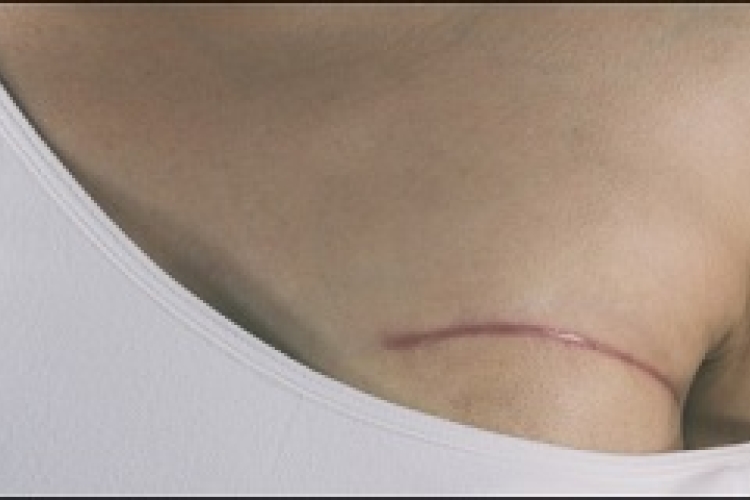 Peer review of PCORI-funded research helps ensure the report presents complete, balanced, and useful information about the research. It also confirms that the research has followed PCORI’s Methodology Standards. During peer review, experts who were not members of the research team read a draft report of the research. These experts may include a scientist focused on the research topic, a specialist in research methods, a patient or caregiver, and a healthcare professional. Reviewers do not have conflicts of interest with the study.

Peer reviewers point out where the draft report may need to be revised. For example, they may suggest ways to improve how the research team analyzed its results or reported its conclusions. Learn more about PCORI’s peer review process here.

*Patricia A. Parker, PhD was the original principal investigator for this project.