The research team compared use of the decision aid with use of a pamphlet on lupus nephritis. The team wanted to see which was more helpful to patients in making treatment decisions. The team looked at how well the decision aid worked for women of different races and ethnic groups.

The study included 301 women with lupus nephritis. All women in the study were thinking about starting or changing an immune-blocking medicine.

The research team worked with patients with lupus nephritis to design the study and the decision aid.

Doctors’ offices may want to use the decision aid for women with lupus nephritis who are making a decision about immune-blocking medicines. The decision aid may help patients feel more confident in their treatment choices.

This multicenter, two-arm, randomized controlled trial assessed a culturally tailored, individualized, computerized decision aid that was available in both English and Spanish. The study tested whether the decision aid improved decision making about taking immunosuppressive drugs among women with lupus nephritis when compared with a lupus information pamphlet from the American College of Rheumatology.

The research team used information from focus groups with patients to tailor the decision aid to ethnicity, health status, and treatment choice. The team worked with patients, advocates, and clinicians to design the study, develop and pilot test the decision aid, refine enrollment criteria, and help recruit study participants.

Study participants included 301 adult women with lupus nephritis who were considering a change in, or initiation of, immunosuppressive medication. The women were patients at four teaching hospitals across the United States. Of the participants, 47% were African American, 26% were Hispanic, 15% were white, 7% were Asian, and 5% were from other races or ethnicities.

Informed choice. There was no significant difference in informed choice between women who used the decision aid and women who read the pamphlet (p=0.08).

Acceptability and feasibility. Compared with women who read the pamphlet, more women who used the decision aid said the intervention was easy to use (p=0.006). Women who used the decision aid rated its information about the condition, risk factors, medication options, evidence about medications, and studies about other patients as excellent (p≤0.006).

Other secondary outcomes. There were no significant differences between the two groups in patient-physician communication, patient-centered communication, or patient control over decision making, with high rates in both groups.

The sample size for Asian women was too small to determine statistical differences in outcomes. Because lupus occurs predominantly in women, this study excluded male patients. The research team assessed outcomes immediately after patients received the intervention. Changes in decisional conflict and informed choice may not persist over weeks or months.

The decision aid reduced decisional conflict about immunosuppressive drug decision making among women with lupus nephritis, particularly among African-American and white women. Compared with the pamphlet, the decision aid was easier to use.

Future research could look at the effect of the decision aid on outcomes following treatment decisions, such as medication adherence, quality of life, and satisfaction with medication choice.

Informing Patients with a Rare Disease About Their Treatment Options
Around half of all patients with the autoimmune disease lupus develop kidney disease. Because lupus is more common and more severe in minority patients, this PCORI-funded study developed a decision aid to help African-American and Hispanic patients with lupus kidney disease make informed decisions about treatments.

Article Highlight: Lupus, an illness in which the immune system attacks parts of the body, can cause a kidney disease called lupus nephritis, a swelling of the kidneys. Treatment with immune system-blocking medicines can be effective, but patients must weigh potential benefits and risks with their personal preferences. Researchers in this study developed and tested a decision aid to help these patients. As they report in PLOS Medicine, compared with those who received a standard informational pamphlet, women who used the decision aid felt more confident about their treatment choices.

Treatments for Lupus Nephritis: A Systematic Review and Network Metaanalysis

Comparative effectiveness of immunosuppressive drugs and corticosteroids for lupus nephritis: a systematic review and network meta-analysis

Risk of serious infections with immunosuppressive drugs and glucocorticoids for lupus nephritis: a systematic review and network meta-analysis

Minorities with lupus nephritis and medications: a study of facilitators to medication decision-making 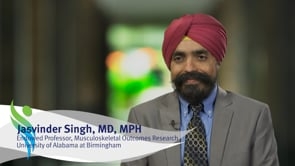 In response to peer review, Singh made changes including