In this study, the research team wanted to learn if goal setting with support from a community health worker, or CHW, helped patients work on their goals and improve their health. CHWs are people from the community trained to help others with their health needs. All patients in the study set goals with their doctors. The team compared patients who had CHW support for meeting these goals with those who didn’t have such support.

After nine months, patients with and without CHW support didn’t differ in how they rated their physical health. Patients in both groups had higher ratings of physical health at the end of the study.

Compared with patients who didn’t have CHW support, those who did reported higher quality of health care. Patients with CHW support were also less likely to have more than one hospital stay during the study or return to the hospital in the same month if they did have a hospital stay.

After nine months, patients with and without CHW support didn’t differ in

The study included 592 patients living in neighborhoods with limited resources in Philadelphia. Of these, 94 percent were African American, and 2 percent were Hispanic. The average age was 53, and 62 percent were women. Patients had public insurance or no insurance. All had two or more ongoing health problems or one ongoing health problem and smoked. Patients received care from an academic clinic, a Veterans Affairs medical center, or a clinic that serves people with limited resources.

The research team assigned patients by chance to one of two groups: goal setting with CHW support or goal setting without support. Patients in both groups reviewed a handout describing behaviors that could help them manage their health problems. Then patients chose one health problem and set a long-term goal with their doctors.

After setting the goal, patients in the group receiving support met with a CHW. The CHW helped them set short-term goals, create a plan to help reach their goals, and connect to a weekly support group with other patients. CHWs talked with patients weekly for six months in their homes, communities, clinics, or by phone. CHWs also provided emotional support and feedback on patients’ progress. Patients in the second group kept working on their goals without CHW support.

Patients in both groups took a survey at the start of the study and again six and nine months later.

The study took place in one city. Results may differ for patients living in other areas. The research team didn’t have information for veterans who had hospital stays outside of the Department of Veterans Affairs network.

Future research could test the CHW program in other places or for a longer time.

Health clinics can use the results of this study when considering ways to help patients manage ongoing health problems.

Researchers randomized patients to receive the IMPaCT program or no program. In both groups, researchers showed patients a low-literacy visual aid describing health behaviors that could help them manage chronic conditions such as hypertension or diabetes. Patients then chose a long-term health goal with their providers.

After setting the long-term goal, patients in the IMPaCT program met with a CHW to set short-term goals and create action plans. The CHW connected patients with a weekly support group and talked with patients weekly for six months in their homes, communities, clinics, or by phone. During these conversations, CHWs helped patients navigate the health system, offered coaching about goal setting, and gave patients feedback on their progress. Patients who were not in the program continued to work on their goals without CHW support.

The study included 592 patients living in neighborhoods with limited resources in Philadelphia. Of these, 94% were African American, and 2% were Hispanic. The average age was 53, and 62% were female. Patients had public insurance or no insurance and at least two of the following chronic conditions: hypertension, diabetes, obesity, or tobacco dependence. All received care at an academic practice, a federally qualified health center, or a Veterans Affairs medical center.

After nine months, patients in the two groups did not differ in self-rated physical health; both groups rated their physical health higher at the end of the study than at baseline.

Compared with patients who were not in the program, those in the IMPaCT program

The two groups did not differ in chronic disease control, mental health, patient activation, or length of hospital stay.

The study took place in Philadelphia; findings may differ in other regions. For patients who received care at a Veterans Affairs medical center, analysis of hospitalization and readmission rates included data only from the Department of Veterans Affairs network and no other clinical settings.

Compared with patients who were not in the program, those in the IMPaCT program showed no improvement in self-reported physical health but rated their quality of primary care higher and had fewer hospital readmissions.

Future research could test the IMPaCT program in different geographic regions or assess the long-term effects of using CHWs to achieve health goals. 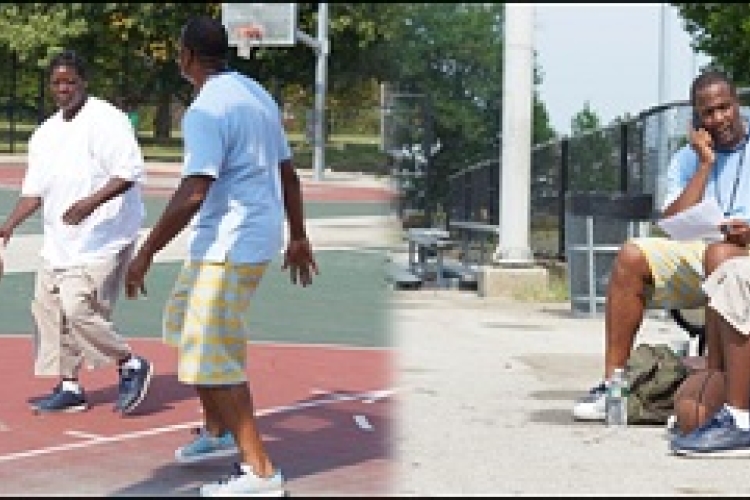 Between Clinicians and Patients, Trained Community Members May Provide a Key Link 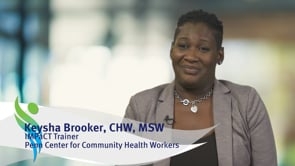