People who have a traumatic brain injury, or TBI, often have sleep apnea. Sleep apnea causes the upper airway to become blocked during sleep. It can make TBI symptoms worse and make recovery difficult. Screening helps identify who is at risk for sleep apnea. Then, doctors use tests to diagnose sleep apnea.

In this study, the research team compared ways to screen for and diagnose sleep apnea in people receiving hospital rehabilitation for moderate or severe TBI. For screening, the team compared

The research team wanted to learn if using portable equipment wasn’t worse at diagnosing sleep apnea than the standard test.

Diagnosis. Portable equipment wasn’t as good as the standard test to diagnose sleep apnea. It was less likely to detect mild sleep apnea, and it was less accurate in diagnosing sleep apnea severity for people with moderate or severe sleep apnea.

The comparison of diagnostic tests included 214 people receiving inpatient treatment for TBI at one of six rehabilitation centers across the country. The screening study included 248 people at these centers. Of these patients, 74 percent were White, 20 percent were Black, 13 percent were Hispanic, 3 percent were Asian, and 2 percent were another race or ethnicity. The average age was 44, and 82 percent were men; 61 percent had severe TBI.

The research team gave people both tests to diagnose sleep apnea on the same night. People also wore the screening wristband. Within three days, people with TBI, family members, and doctors filled out the STOP-Bang, MAPI, and Berlin surveys. Each survey asked about slightly different risk factors for sleep apnea.

The research team compared the diagnostic tests. They also looked at how well the surveys and wristband worked to screen for sleep apnea.

A person with TBI, a caregiver, nurses, doctors, and therapists helped to plan the study.

The study didn’t include people with very mild or very severe TBI who were unable to undergo testing. Results may differ for these people.

Future research could continue to explore ways to diagnose mild sleep apnea in people with TBI.

Hospitals can use the results when considering ways to screen for and diagnose sleep apnea in people with TBI.

This prospective non-inferiority cohort study compared four screening methods for detecting the risk of sleep apnea in people with TBI receiving inpatient rehabilitation. The study then compared the effectiveness of diagnostic methods, including relatively accessible portable diagnostic testing versus an overnight polysomnography (PSG) sleep study, which is conducted in a laboratory. PSG is considered the best method for diagnosing sleep apnea.

The study included 248 people with moderate to severe TBI receiving care at one of six TBI Model System inpatient rehabilitation centers across the country. Of these patients, 74% were White, 20% were Black, 13% were Hispanic, 3% were Asian, and 2% were another race or ethnicity. The average age was 44, and 82% were male. Among participants, 61% had severe TBI.

Participants used all sleep study technologies, including PSG, portable sleep study, and the wrist accelerometer actigraphy device, at the same time. The study included a statistical non-inferiority test to determine whether portable diagnostic sleep studies were not unacceptably worse than PSG studies based on a minimum specificity of 0.6 and sensitivity of 0.9 with a 0.1 error margin.

People with TBI, family members, and clinicians helped to create the research questions and design the study.

Screening. For identifying moderate to severe sleep apnea, the STOP-Bang and MAPI were comparable (p=0.76) and more effective than the Berlin questionnaire or actigraphy (all p<0.02). For identifying mild sleep apnea, the STOP-Bang, MAPI, and Berlin Questionnaire were comparable and more effective than actigraphy (all p<0.003).

The study did not include participants with very mild or very severe TBI who could not undergo sleep study tests. Results may differ for these populations.

In this study, the STOP-Bang questionnaire and MAPI survey were effective tools for identifying moderate to severe sleep apnea in people with TBI undergoing inpatient rehabilitation.

Compared with PSG, portable diagnostic testing was less likely to detect sleep apnea in people with mild disease and more likely to underestimate severity of disease for people with moderate to severe sleep apnea.

The Impact of Opioid Medications on Sleep Architecture and Nocturnal Respiration During Acute Recovery From Moderate to Severe Traumatic Brain Injury: A TBI Model Systems Study

Coherence Between Sleep Detection by Actigraphy and Polysomnography in a Multi-Center, Inpatient Cohort of Individuals with Traumatic Brain Injury

Sleep after TBI: How the TBI Model Systems have advanced the field 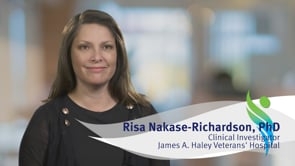 No information provided by awardee