The rate of major depressive disorder, or MDD, among teens has gone up over the last decade. Having MDD increases the risk for suicide, the second leading cause of death among teens. School-based screening can help identify teens with MDD and get them treatment.

In Pennsylvania, all schools have the Student Assistance Program, or SAP, that helps students with issues affecting success in school. Trained SAP staff can confirm if MDD symptoms require follow-up and refer students to school or community services if needed.

In this study, the research team compared two types of MDD screening for high school students:

The research team wanted to learn which type of screening identified more students with MDD and helped get them treatment, especially those often missed in focused screening.

Rates of starting treatment didn’t differ by student sex, race, or ethnicity between the two types of screening.

The research team assigned schools by chance to offer broad screening to students in either 9th and 11th grades, or 10th and 12th grades. Students in the other grades received focused screening.

School SAP teams tracked students who came to see them, who they referred for services, and who started treatment.

Schools that chose to take part in the study had strong SAP teams. Results may differ for schools that don’t have SAP teams or whose teams are less prepared.

Future studies could look at broad screening for MDD in high schools in other states.

Schools can use these results when looking at how to identify students with MDD and get them treatment.

To compare the effectiveness of universal versus targeted, school-based screening for major depressive disorder (MDD) in increasing treatment initiation among high school students

In Pennsylvania, all schools have the Student Assistance Program (SAP) staffed with professionals trained to address issues affecting student academic success. For each student screened and referred to the SAP for MDD, the SAP team confirms symptoms, determines whether additional assessment or treatment is necessary, and, if so, provides a referral.

The two screening approaches were:

Researchers wanted to understand whether universal screening identified more students with MDD and helped get them treatment, especially those often missed in targeted screening.

The research team randomized participating schools to conduct universal screening for students in either 9th and 11th grades, or 10th and 12th grades. The other grades received targeted screening as usual. Using state SAP reports, schools tracked and reported information about confirmation of MDD, referral for services, and treatment initiation.

Rates of treatment initiation did not differ significantly by sex, race, or ethnicity between the two screening approaches.

Only schools with SAP teams well equipped to manage increased referrals chose to participate in the study. Results may differ for schools that do not have SAP teams or whose SAP teams are less prepared.

Future research could examine universal MDD screening in high schools outside of Pennsylvania.

This project's final research report is expected to be available by September 2023.

Screening in High Schools to Identify, Evaluate, and Lower Depression Among Adolescents: A Randomized Clinical Trial

I wouldn't even know what to do, Adolescent and Parent Perspectives on Identifying, Understanding, and Seeking Help for Adolescent Depression

I wouldn't even know what to do," Adolescent and Parent Perspectives on Identifying, Understanding, and Seeking Help for Adolescent Depression"

Effectiveness of Universal School-Based Screening vs Targeted Screening for Major Depressive Disorder Among Adolescents: A Trial Protocol for the Screening in High Schools to Identify, Evaluate, and Lower Depression (SHIELD) Randomized Clinical Trial

Effectiveness of Universal School-Based Screening vs Targeted Screening for Major Depressive Disorder Among Adolescents: A Trial Protocol for the Screening in High Schools to Identify, Evaluate, and Lower Depression (SHIELD) Randomized Clinical Trial 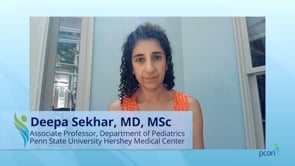 The Peer-Review Summary for this project will be posted here soon.

Has Results
Project Status
Award Type
Health Conditions Health Conditions These are the broad terms we use to categorize our funded research studies; specific diseases or conditions are included within the appropriate larger category. Note: not all of our funded projects focus on a single disease or condition; some touch on multiple diseases or conditions, research methods, or broader health system interventions. Such projects won’t be listed by a primary disease/condition and so won’t appear if you use this filter tool to find them. View Glossary
Populations Populations PCORI is interested in research that seeks to better understand how different clinical and health system options work for different people. These populations are frequently studied in our portfolio or identified as being of interest by our stakeholders. View Glossary
Funding Opportunity Type
Intervention Strategy Intervention Strategies PCORI funds comparative clinical effectiveness research (CER) studies that compare two or more options or approaches to health care, or that compare different ways of delivering or receiving care. View Glossary
Research Priority Area
State State The state where the project originates, or where the primary institution or organization is located. View Glossary
Last updated: February 2, 2023