Rationale and Importance of Study: Suicide is currently the second leading cause of death for US youth ages 15-24, responsible for more deaths than any major illness. Youth with serious suicidal behavior or thoughts often present to emergency departments (EDs), particularly youth who make potentially deadly suicide attempts. Evidence is limited regarding optimal interventions for reducing the risk of future fatal and nonfatal suicide attempts in these youth, and tested interventions have included multiple components. One dimension along which these interventions vary is timing. Some interventions are delivered in the ED; others focus on aftercare when the youth leaves the ED, and others combine ED and aftercare interventions. While current evidence supports effectiveness of some tested interventions for reducing later suicide attempts and improving the likelihood that youth will receive mental health treatment after leaving the ED, it is not yet known whether it is sufficient to focus on providing an evidence-based intervention in the ED, or whether additional therapeutic follow-up contacts are needed to improve youth outcomes. Answering this question is vital for guiding resource allocation, as ED care emphasizes care in the ED with limited resources for aftercare.

Study Aims: The study addresses this evidence gap by comparing two evidence-based interventions for reducing suicide attempts and improving outcomes for youth presenting to EDs with suicidal episodes: (a) Safety-Acute(A), a crisis therapy session in the ED focused on enhancing safety (previously called Family Intervention for Suicide Prevention, FISP); and (b) SAFETY-A + Coping Long-term with Active Suicide Program (CLASP), comprised of brief therapeutic follow-up contacts after discharge from the ED/hospital. Evidence supports benefits of both interventions individually. SAFETY-A/FISP is listed in the National Register of Evidence-Based Practices, and CLASP is being implemented in some Veterans Administration hospitals. The first aim is to evaluate whether SAFETY-A combined with CLASP aftercare is superior to SAFETY-A alone (with usual site referral and aftercare) for reducing the risk of suicide attempts and increasing initiation of follow-up mental health treatment. Second, the team examines differences in how well the two study intervention approaches work for different groups of youth. In the large and diverse study sample, the team examines whether youth who are racial or ethnic minorities, from rural communities, or socioeconomically disadvantaged benefit most from the combined SAFETY-A and CLASP intervention. Third, the team aims to increase the value and relevance of the study by engaging patients, parents, family members, providers, and system stakeholders involved in health and mental health care in project leadership and activities throughout the study.

Study Description: The patient population includes 1,516 youth ages 15-24 presenting to EDs with suicidal ideation or behavior in four communities across the country selected to include a diverse population (racial, ethnic, rural versus urban, public versus private insurance): California/Los Angeles; North Carolina; Rhode Island; Utah. Youth are randomly assigned to: (a) SAFETY-A; or (b) SAFETY-A plus CLASP. Assessments are conducted at the start of the study and at three-, six-, and 12-month follow-ups. Primary outcomes are suicide attempts and whether the youth receives mental health treatment. Secondary outcomes are overall self-harm (including suicide attempts and nonsuicidal self-harm such as cutting with no intent to die) and the amount of outpatient treatment received. Exploratory outcomes are: severity of youth suicidality; youth functioning and quality of life; and improvement on three problems prioritized by the youth and parent/significant other as “top problems.” The team also examines change in identified protective and risk factors (e.g., connectedness, hopelessness, and perceived barriers to treatment). The team partners with diverse stakeholders, develops a stakeholder council, and includes stakeholder partners in all study phases to promote two-way knowledge exchange and enhance the value of the study for patients, families, and for improving patient care and outcomes.

Significance: Study results will clarify whether the additional resources needed to provide therapeutic follow-up calls following an ED intervention lead to improved outcomes, and which patient subgroups are most likely to benefit from a treatment approach that provides therapeutic contact both during the ED visit and after discharge from the ED. This information can guide decision makers regarding how to best develop services and service systems to improve patient outcomes and achieve national suicide prevention goals, including for diverse groups to improve equity. 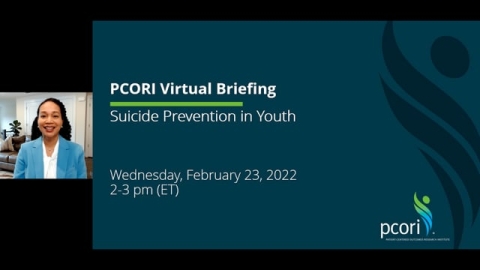 Project Status
Award Type
Health Conditions Health Conditions These are the broad terms we use to categorize our funded research studies; specific diseases or conditions are included within the appropriate larger category. Note: not all of our funded projects focus on a single disease or condition; some touch on multiple diseases or conditions, research methods, or broader health system interventions. Such projects won’t be listed by a primary disease/condition and so won’t appear if you use this filter tool to find them. View Glossary
Populations Populations PCORI is interested in research that seeks to better understand how different clinical and health system options work for different people. These populations are frequently studied in our portfolio or identified as being of interest by our stakeholders. View Glossary
Funding Opportunity Type
Intervention Strategy Intervention Strategies PCORI funds comparative clinical effectiveness research (CER) studies that compare two or more options or approaches to health care, or that compare different ways of delivering or receiving care. View Glossary
Research Priority Area
State State The state where the project originates, or where the primary institution or organization is located. View Glossary
Last updated: January 20, 2023