Spreading a Communication Plan to Improve Patient Safety in Hospitals

Engaging parents as active participants in pediatric hospital rounds slashed the rate of medical errors. Now, the research team is working to expand the program from seven to 21 hospitals.

Sharon Cray remembers the dizzying string of medical appointments, respiratory treatments, and hospitalizations that threw her family’s life into upheaval when her two-year-old son, Ian, was suddenly diagnosed with cystic fibrosis in 1993. 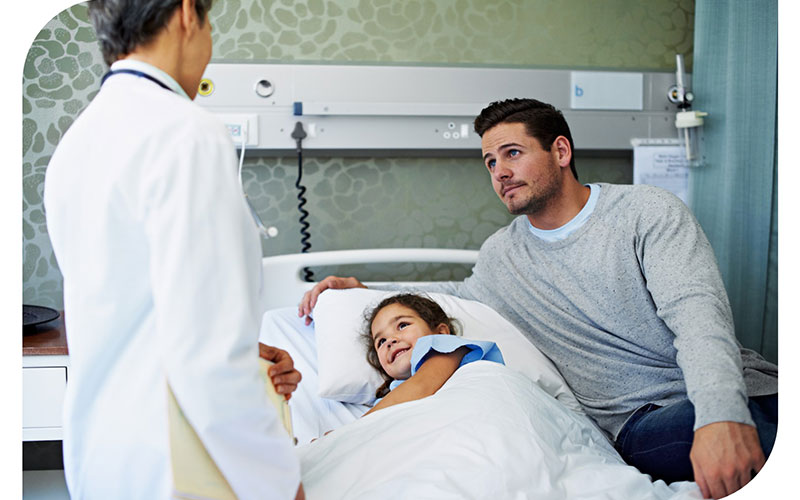 “You’re sitting in a hospital room intimidated by the strange surroundings,” Cray said. “The medical staff seem to have the answers, so you’re just sitting there intimidated, scared, and tired. You don’t sleep. Your child doesn’t sleep. I call it the fog of war—you’re an intelligent person but your brain turns to mush in that hospital room.”

After Ian’s diagnosis—her youngest child of three, Mara, would later be diagnosed with cystic fibrosis shortly after her birth in 1996—Cray transitioned from an accounting career to a full-time caregiver to her children. Cray is also a tireless advocate for cystic fibrosis and patient-centered research.

That led her to join the advisory board of a PCORI-funded project aimed at improving communications among staff and parents in pediatric hospital units, with an eye toward reducing medical errors and, in turn, improving patient outcomes. A key component is empowering parents—lifting them out of the fog Cray described—to be engaged in discussions about their children’s care.

You feel so helpless in a hospital, especially when your child is sick. To be involved in planning the care is empowering. It gives you direction.

“From the staff’s perspective, you have a resource right in front of you that knows this patient and is very motivated for a good outcome,” Cray said. “They know things that go on in the home, and things that have and haven’t worked in the past. Engaging the parents takes so many of the questions out of the equation for the medical team.”

Devising a New Way of Communicating during Hospital Rounds

Christopher Landrigan, MD, MPH, Chief of General Pediatrics at Boston Children’s Hospital, began investigating hospital communication dynamics more than a decade ago in hopes of reducing medical errors attributed to miscommunication. Research has shown that if medical errors were classified as a disease, they could be the third-leading cause of death nationally.

What Is I-PASS?
I-PASS is a structured verbal communication plan employed during daily hospital rounds

I–Illness severity: the family reports if child was better, worse, or the same as the day before, with input from nurses

P–Patient summary: a brief summary of the patient’s condition

S–Situation awareness and contingency planning: what family and staff should look out for and what might happen

S–Synthesis by receiver: the family reads back key points of plan for day

“We recognized that the ways doctors and nurses talked to each other were unstructured and prone to error,” he said. “We asked, ‘How do you structure communications between doctors to make it reliable? And how do you implement that in a way that is going to stick?’”

Those questions were the seed of the original I-PASS project (see box). In creating I-PASS, Landrigan’s team standardized and bundled training elements and a written handoff process between doctors, and then between nurses, and noticed an immediate reduction in medical errors that harmed patients.

That was the research team’s a-ha moment. “We realized that the major point during the day when everyone puts their heads together is during morning rounds, which in its optimal form involves the patients and their families as well,” he said.

His PCORI research project took I-PASS training tools, applied them in an interdisciplinary way among doctors and nurses, and integrated the family’s input during rounds, which are when the medical team meets to devise the day’s care plan.

The research team leaned on an advisory council to ensure the voices of patients and parents were at the forefront of the efforts. “We were involved in all aspects of the study, from designing the intervention to educating the team members at the sites to actually going on rounds with some of the team to provide feedback on family-centered rounds,” Cray said of the advisory council.

The council provided practical tips, such as discouraging staff from using medical jargon to ensure that families could participate on an even footing. Alisa Khan, MD, MPH, a pediatric hospitalist who was a project lead on the PCORI-funded study, wrote in an opinion piece in The BMJ, “On rounds, I ensure that the family’s voice is heard first and last, and in their own words.”

The PCORI research project tested patient- and family-centered I-PASS at seven hospitals, involving more than 150 doctors, nurses, and family members as co-investigators. As with Landrigan’s previous work, the results were immediately positive.

We want this to be practical and not resource-intensive, so you have to work with the programs to see how they’re going to pull this off without taking a ton of time to do it.

“You feel so helpless in a hospital, especially when your child is sick,” Cray said. “To be involved in planning the care is empowering. It gives you direction. You feel like you have some way of making a difference in the outcome of your child’s care, and that in turn helps the staff get a more complete picture of who they’re treating.”

To continue the project’s momentum, Landrigan in 2018 received a Dissemination and Implementation (D&I) Award that will fund the spread of patient- and family-centered I-PASS from the original seven research hospitals to 21 hospitals. “The idea is, ‘How do we take this and adapt it to fit a broader swath of hospitals—not just large academic medical centers,’” he said.

The project team is, of course, tracking patients’ safety and families’ experience with care at each of the sites, but it is also examining the best ways to implement patient- and family-centered I-PASS at hospitals with varying levels of resources. In the PCORI research study, all of the hospitals were large academic institutions; that’s not the case with the D&I project. 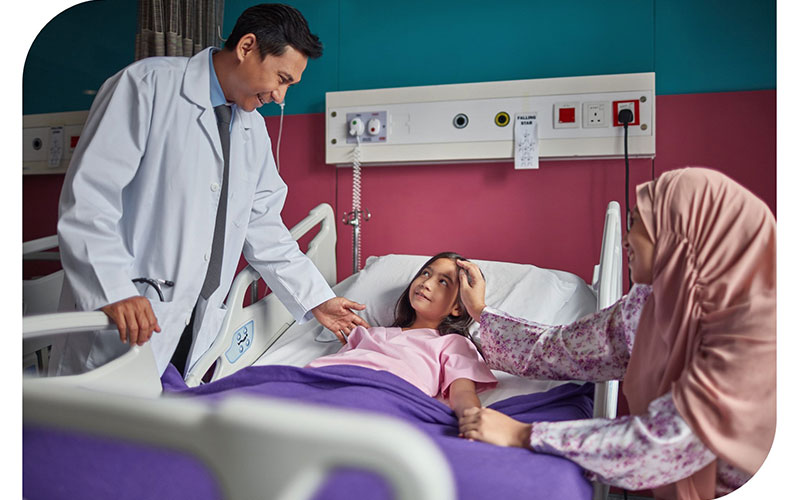 Landrigan compares the D&I project to coaching, where a team of mentors is “teaching the sites to be their own experts. We want this to be practical and not resource-intensive, so you have to work with the programs to see how they’re going to pull this off without taking a ton of time to do it.”

A doctor, a nurse, and a parent representative from the project team will work with hospital staff at each of the sites. Landrigan expects some pushback from long-time staff who are entrenched in “their way of doing things.”

“What makes it work is buy-in from hospital leadership, evidence from the prior studies that show this works, and then training,” Landrigan said. “You find the most fertile ground in the hospital, the best place to start, and go for early wins. When things begin to work in that pilot service in the hospital, then those who are more skeptical begin to change their views.”

Looking to the Future

While the D&I project, which runs through October 2021, is the first step in speeding the spread of patient- and family-centered I-PASS into widespread practice, Cray is already thinking about further expansion.

“As I take care of my mom and my husband’s mom, I see the value of including the patient and the family in those care discussions,” she said. “I hope it becomes the standard of care, because it makes for safer, more effective, and just plain better care.”

Landrigan, too, is excited about the D&I work. He noted it takes 17 years from a well-proven intervention to make its way from research into routine practice—a time that PCORI’s D&I program hopes to significantly reduce.

“This has been my whole career—I’m only interested in studying these things if we can do something about them,” he said. “Having tried to do things in other ways, I know this is really the only way that you get this stuff done. It’s a progressive march from a pilot project to a larger research project to D&I science to know how you roll this out most effectively and get it into practice as quickly as possible.”

Helping Children's Hospitals Use a Program to Improve Communication with Families

Goal: To spread a communication program that reduced the frequency of harmful medical errors in pediatric units from seven hospitals to 21 using an adaptable mentorship program—and to see how it works best in different types of hospitals.